In the Saint-Leonard borough, a large proportion of families are of Italian descent and their influence can be seen in the white stone facades of many of the houses along with many Italian restaurants and bakeries.

Plexes are buildings with two to five superimposed dwellings.

Plexes with one or two dwellings per floor, two or three floors with a private or semi-private entrance such as external stairs or balcony.

Apartment buildings with three floors or less have six or more units accessible by a common corridor or stairwell. Buildings with one or more collective entrances and, in some cases, with an elevator.

Apartment buildings with four or more storeys have six or more apartments per floor and are accessible by a common corridor. Buildings that include one or more collective entrances and one or more elevators. Residential towers are part of this typology.

Saint-Léonard is a residential as well as an industrial area where 300 or so businesses are located in the northeast industrial part of the borough.

The mission of the SDC is to promote business development on Jean-Talon Street East and to contribute to the cultural and socioeconomic well-being of the Saint-Léonard borough.

In Saint-Leonard, people have been exploring a cave since it was discovered in 1812. A cave located underneath of what is now a park called Pie-XII.

A park with a swimming pool, a wading pool, acrylic tennis courts, fenced fields for playing soccer, baseball and footbal, a picnic area...

As for the cavern, visits are led by speleologists and the progression is mostly done upright and with ease but, you may be asked to squat in some parts of the cave. Long dark clothes are recommended, along with rain boots, gloves and a camera with flash for great memories.

Public transport service in Saint-Léonard is sort of limited compared to other boroughs.

In Saint-Léonard, one can travel East-West using STM Bus #33 on Langelier Boulevard or use the Green Line of the Montreal Metro.

Also available is EXO Saint-Léonard / Montréal-Nord Commuter Train #460 and its 35 stops on the Mascouche Line. A train that also offers the use of a Mobility App.

The Saint-Leonard borough is known for its multi-ethnic population.A borough where the number of residents of Italian origins compared of those of French origins are now roughly the same.

Although most Italian Montrealers reside outside the limits of the Little Italy, the area remained at the heart of their community and cultural life.

As mentioned by Lucio De Martinis in his theses:

"intergenerational ethnic retention did not significantly contribute to an ethnic revival, but did spark a sense of peoplehood through ethnic symbols".

Mostly residential, Saint-Léonard has no metro station but is close to the Metropolitan Expressway and to its 49.4 kilometers or 30.7 miles built between 1957-1971.

In the Saint-Leonard borough, the proximity between work areas and residential areas with its many churches is somewhat emphasized. Saint-Léonard is surrounded by Anjou, Mercier-Hochelaga-Maisonneuve, Rosemont-La-Petite-Patrie, Villeray-Saint-Michel-Parc-Extension and Montreal-Nord. 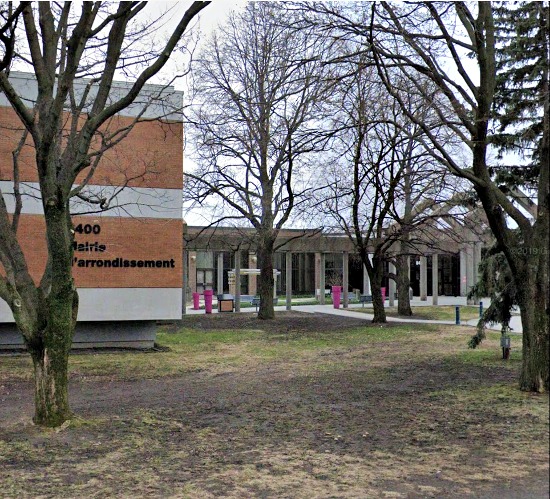 Remember that East is called NORTH in Montreal and West is called SOUTH based on our two Rivers, Rivière-des-Prairies (North) St-Lawrence (South)