In the Saint-Laurent borough, the management department is divided into four departments, Administrative Services and Registry, Culture, Sports, Recreation and Social Development, Public Works and, Urban Planning and Business Services.

The main responsibility of the Administrative Services is to make sure that all the  financial, informational, material and human resources are properly managed.

Public Works are responsible for adopting bylaws and regulations regarding the  environment. A department also responsible for maintaining in good condition the public buildings, infrastructures, vehicles and equipment of the borough.

Finally, the Urban Planning and Business Services department is divided in two, the permits and inspections division and the urban planning division.

The residents of Nouveau Saint-Laurent and Bois-Franc are lucky to have an easy access to the Vieux-Saint-Laurent and to the calm and peaceful atmosphere of something like an urban country area.

A Vieux-Saint-Laurent known for its brick and stone exteriors, for its multi-ethnic population and for its Saint-Laurent church.

First, a chapel was built in 1701 or 1702 where the Rockland Shopping Centre now stands, then a stone church was blessed on August 10, 1735 on the site of the current Saint-Laurent Church south of the Métropolitaine Autoroute and de l'Acadie boulevard intersections.

The Saint-Laurent borough and mayor both focused on sustainability and environmentalism for quite awhile now and have finally been able to reduce their greenhouse gas emissions despite a significant population growth and a strong residential development.

Results that are due to the excellent participation of all those involved.

A borough administration that introduced measures to replace fuel oil with electric heating or dual energy, as well as bylaws and regulations that stipulate that the roof of nonmunicipal buildings and structures must be white or green.

A borough that also created biodiversity corridors, those that provide landscape connections between large areas of habitat.

Corridors that lower temperatures, enable migration, colonization and interbreeding of various insects such as butterflies and promote biodiversity in plants and animals.

What are now called "quartiers verts" or "green neighborhoods" are residential urban areas that have been redesigned to encourage residents to walk, to use their bike and/or the public transit instead of their car.

Green neighborhoods managed by the borough administration and green spaces nearby schools and commercial buildings along with more sustainable and more enjoyable green environments.

Saint-Laurent is the largest borough in the city of Montreal and its transportation system reflects the extent of its territory.

A transportation system that includes Exo Bus and a terminus located partly north, partly south of the Cote-Vertu Metro station.

In the Saint-Laurent borough, the names of the local streets and local parks are either fragments of its history or, they recall a family or, they perpetuate the name of an illustrious person. Simple reminders of the past and signs of the future.

For example, in Greek mythology, Borée is the son of Asteros and Eos which means Dawn. Borée as in rue du Borée is the personification of the North wind, one that blows from the north to the south. 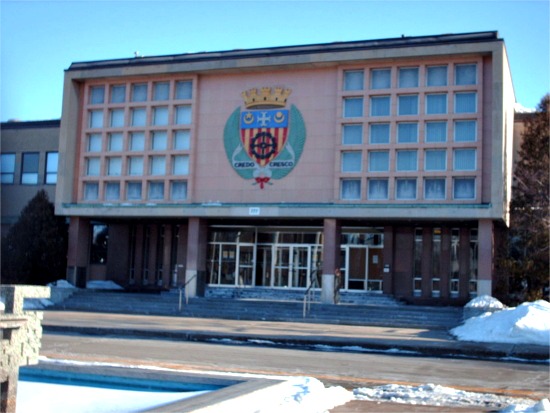 As for Chinook and rue du Chinook, the word represents a warming wind or a weather system that comes from the ocean. A wind called Snow Eater by the Blackfoot people of Alberta and Saskatchewan. A warm wind that blows over a snow surface.

Remember that East is called NORTH in Montreal and West is called SOUTH based on our two Rivers, Rivière-des-Prairies (North) St-Lawrence (South)