We rarely pause to ackknowledge and examine the complexity of our daily urban life and the countless systems and facilities that operate and support the structure and the internal workings of a city, including the City of Montreal. 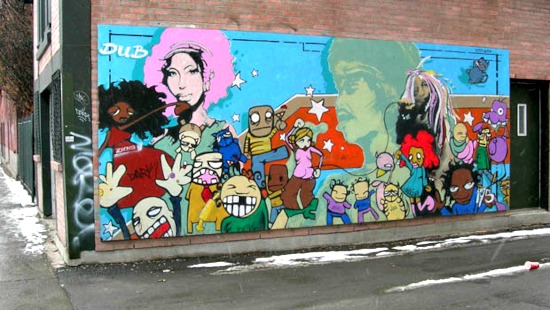 Montreal has everything, sewers, power, telecom, water, road, rail and marine traffic, all piled up, one top of the other. Water, sewer and garbage systems that are indispensable, and so are our telephone,  cellphone, television, radio and postal services. 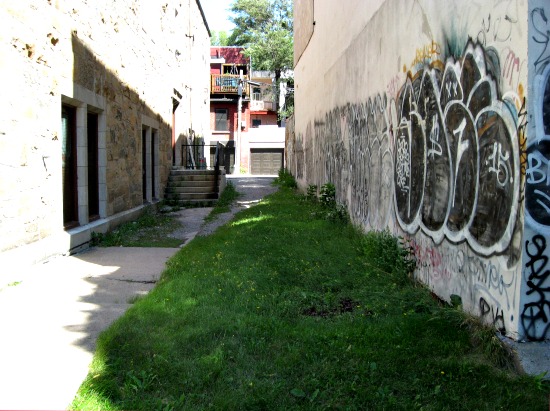 Streets and sidewalks are the most important elements for moving large numbers of people, goods are transported by ship, rail, air or truck and energy powers our City.

Our streets protect our utilities such as our electricity, water, gas, sewage and metro system. Streets that also provide a platform for our traffic signals, parking signs, meters, streetlights and sewers. 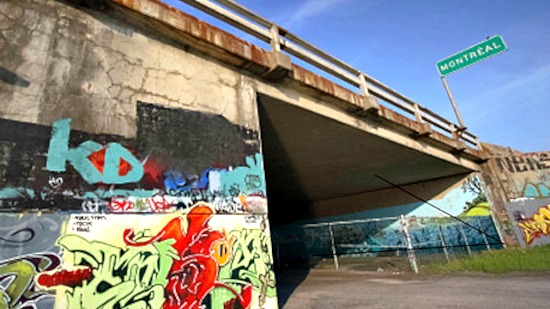 Graffitis in Montreal that come and go!

Our Montreal Metro System is a rubber-tired underground transit system and a high-capacity public transport serving Greater Montreal since 1966. Montreal Metro is renowned for its architecture design and its public art.

Since the 1960's, our Underground City also called Ville Souterraine, also called RÉSO connects shoppers to over 1,000 restaurants, retailers and businesses through a network of tunnels, corridors and plazas. 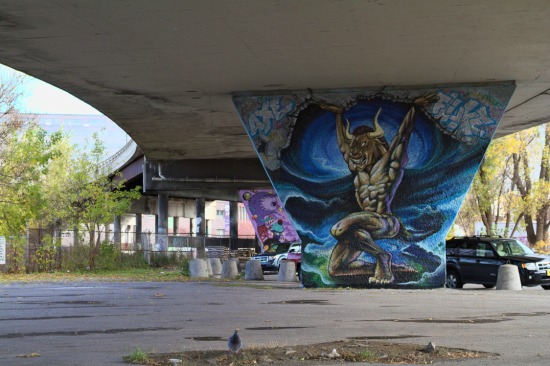 Graffitis in Montreal that come and go!

Shipping is the least polluting means of transporting goods. As such, our Port of Montreal spans 30 kilometres and crosses three cities, the City of Montreal, the Montreal East City and Ville de Contrecoeur on the South shore.

A freight train is a group of freight cars hauled on a railway by one or more locomotives. Rail freight transport is considered a cheaper option

Tracks and trains such as our CN Rail, Canadian National Railway, a Canadian Class 1 freight railway headquartered in Montreal that serves Canada and the Midwestern and Southern United States. 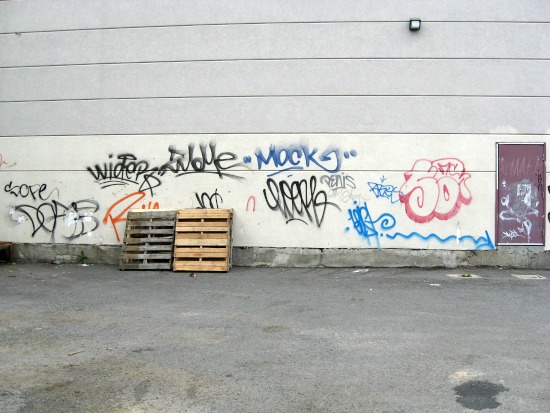 Montreal is an island and this is one of the main reasons why seven bridges and two tunnels span the St-Lawrence River and Seaway.

Plus, eleven bridges, one railway bridge, one railway crossing, one Montreal Metro tunnel and one power plant span the Riviere-des-Prairies while four bridges span the Lake of Two Mountains and the Ottawa River East Channel. 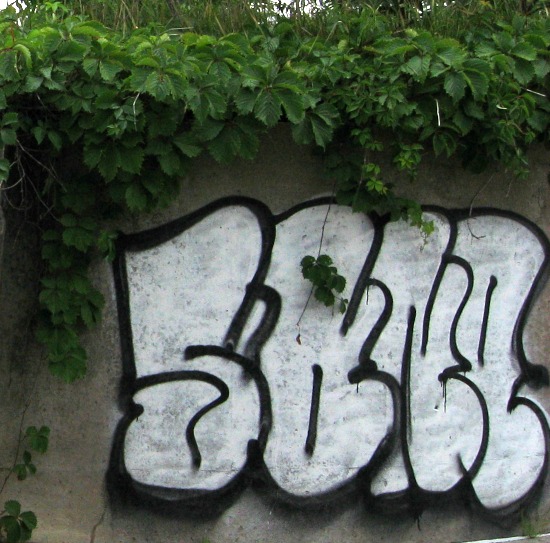