Le Sud-Ouest borough is home to the Lachine Canal, the Atwater Market and the Angrignon Park with its magnificent lake and special view of the city.

The major commercial streets of Le Sud-Ouest are located in each of its five areas, that is Ville-Émard, Côte Saint-Paul, Pointe-Saint-Charles, Saint-Henri and Little Burgundy.

A borough that offers major local and economic activities that includes cultural industries, recreational tourism, communication industries such as films and videos, scientific services and design and architecture.

The old manufacturing plants of the borough need to be reallocated and many of the borough sectors need to be redefined. As a result, Le Sud-Ouest offers great economic potential since almost half of its territory is going through a major transformation.

The economic structure of Le Sud-Ouest was and still is experiencing new and improved economic developments that include new industrial, commercial, institutional and residential businesses as well as a steady growth of employment jobs.

An economic structure that was once predominantly a manufacturing economy followed by a service economy and now by the new economy.

A new economy described as a shift from a manufacturing based economy to an economy that uses technology to create new products and new services.

As for the delivery process of transporting goods, according to the City of Montreal, boroughs such as Le Sud-Ouest are responsible for paving residential streets while it is the central administration of the City of Montreal that handles arterial roads, those that deliver traffic to freeways and expressways.

Arterial roads are part of our transportation system and are designed to carry high volumes of motorized traffic.

They usually are smaller than major freeways, but they cause similar levels of noise and air pollution. Arterial roads that expose pedestrians, cyclists, and transit riders to safety hazards because of high traffic volumes without sufficient protection.

Motorized traffic is an essential part of modern life but, it also contributes to public health problems, air and water pollution, fatal and non fatal injuries, noise related to traffic near residences and a diminished quality of life.

Principles that include fostering ownership by the residents, supporting physical activity and healthy lifestyles, promoting the value of the local culture,  using sustainable procedures and keeping the residents at the center of their park designs.

The community garden programs of the City of Montreal began in 1975 and, since the municipal reorganization of 2002, the boroughs have been managing their own community gardens.

Programs that offer to all those interested an opportunity to celebrate nature and to grow vegetables and flowers in good company.

A gardening instructor visits each garden regularly and a volunteer committee is elected to oversee administrative matters. The material provided includes soil, a water source, a tool shed or toolbox, tables, fences, sand, paint and flowers.

During the winter season, snow removal and snow clearing on sidewalks and streets is under the responsibility of the City of Montreal. Then again, residents have certain responsibilities and guidelines have been provided.

For instance, bikes should not, cannot be left on the sidewalk, they should be parked safely to prevent theft or damage.

Residents are not allowed to shovel ice or snow in the streets, near fire hydrants or on sidewalks. Snow must be shoveled on the resident's property.

Futhermore, waste collection schedules must be respected so trash cans, bags and recycling bins do not interfere with snow removal operations and snow relocation.

Vehicle speed control and parking space management are under the responsibility of the borough. Street parking space in the form of an annual vignette that borough residents can buy at their local Accès Montréal office.

As for vehicle speed control, at least six Montreal boroughs have lowered their speed limits to 30 km/h on residential streets and to 40 km/h on many arterial roads.

Speed limits that create quite an interesting patchwork of regulations across the Island of Montreal.

As for public transport services, for those who need help, the STM offers a service called Your Trip from origin to destination with results that include various itineraries and time schedules to chose from.

Le Sud-Ouest borough is a lot about the Canal Lachine once a lake, the Lac St-Pierre but now a canal or artificial waterway of approximately 15 kilometers from the Old Port of Montreal to the Lake St-Louis through Lachine, LaSalle and Le Sud-Ouest boroughs.

The borough is served by the Green and the Orange lines of the Montreal Metro and by the Bonaventure Highway 10, the Décarie Highway 15, the Ville-Marie Highway 20 and the Turcot Interchange. 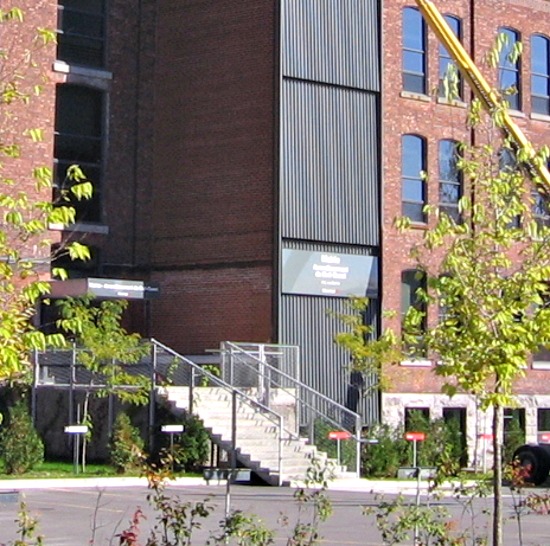 Two bridges, Champlain bridge and Victoria bridge and a Canadian National Railway the CN, headquartered in downtown Montreal and adjacent to the Central Station and to our underground city with its many tunnels and parking facilities.

Remember that East is called NORTH in Montreal and West is called SOUTH based on our two Rivers, Riviere-des-Prairies NORTH, St-Lawrence River SOUTH