Water was and still is everywhere in the Lachine borough originally called Saint-Sulpice. At first, the river was the only transportation mode and this is one of the reasons why the oldest institutions and buildings are located on the shoreline of the St-Lawrence River.

A Chemin du Roy or King’s Road of the past along with the north shore of the St-Lawence River.

A King's Road of the pas now sort of replaced by Route 138 and Autoroute 40 of the present days. The Lac Saint-Louis, the St-Lawrence river and the former Lac Saint-Pierre now replaced by the Lachine Canal all played an important role in the life of our early explorers, traders and settlers.

Jacques Cartier in 1534 and Robert Cavelier de La Salle in 1667 were both certain that the "great Canadian River" the Sault-Saint-Louis Rapids of today would take them to "la Chine" French for China.

A name that became formal  in 1678 and a territory that was once a parish, then a city, then a borough since 2002.

The Lachine Canal, a major communication channel, favored the industrial development of the City of Lachine, soon followed by a major urban redevelopment.

A Canal that goes through the southwestern part of the Island of Montreal from the Old Port through the Lachine, the LaSalle and Le Sud-Ouest boroughs and then into Lake St-Louis and to its recreational and leisure activities of today.

The Canal closed its doors to navigation in 1970, was reopened for recreational boating in 2002 with the addition of a bicycle path and a pedestrian path that both run alongside the banks of the Lachine Canal of today.

The commercial sector of the Lachine borough sort of experienced an interesting shopping and tourist revival in the last few years.

A revival that attracts new visitors and that appeals to the residents.

Attractions such as the commercial sector of Notre-Dame Street with its variety of fancy products in fashionable packaging and its many different elegant services.

The Lachine Galleries like most shopping malls offer a wide and useful range of products and services, while the St-Joseph boulevard, east of 21st Avenue offers an interesting variety of boutiques, bistros and shops tended mostly by artists and artisans.

In Lachine, the specific principles of their "local purchase policy" is to promote the economic development of the local businesses and to make sure that the products and the services sold and acquired have the least environmental impact.

Today, three industrial zones continue to play an important business role in the Lachine borough. An business role based on a rather extensive transport system.

A Dorval airport that increases the commercial zones nearby as well as  a rather large number of rail stations that generate passenger and freight-handling facilities.

Industrial zone number three, the largest industrial sector of Lachine located north of Highway 20, at the crossroads of two major highways, Highways 13 and 20, near Route 520 and near the Montreal-Trudeau airport.

Nowadays, the Lachine Canal is where cyclists, joggers, pedestrians and tourists enjoy the scenery as well as the many different colors that vary depending on the season and on the weather.

A nice urban route that runs between the Old Port and Lake St-Louis and a navigable waterway divided into five locks.

The banks of the Lachine Canal are some kind of a link between city and nature. A linear green urban park lined with the vestiges of the industrial days of the City of Lachine before 2002.

Many different leisure activities are available on the Lachine Canal. Activities such as urban fishing during the summer months, kayaking and canoeing from mid-may to mid-october or 14 kilometres of waterway, five locks and about 3 hours to transit.

More detailed information regarding Your Trip from origin to destination can always be obtained from the STM, the Société des Transports de Montréal.

More information can be obtained from EXO Network. The Lachine residents can also take advantage of a shared taxibus service, Monday to Friday, to the Lachine train station in the morning and from the station in the evening.

The Quebec Highway 20 divides the Lachine borough into two sectors. The northern sector of the highway mostly characterized by a modern industrial park and the southern sector almost completely residential. 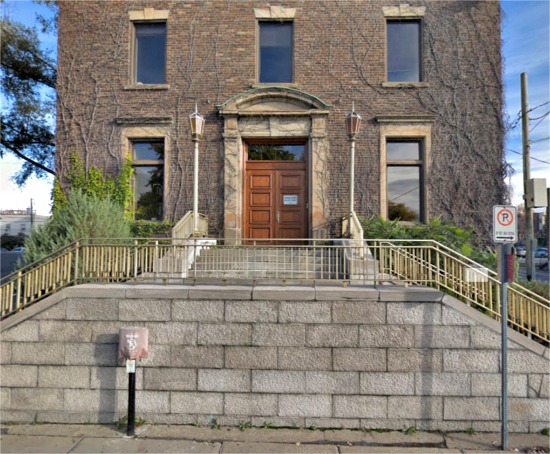 Urban areas, residential and industrial, that now reflect the historical configurations of what used to be Saint-Sulpice. New urban areas where some of the old industrial sectors are being decontaminated and where residential development projects continue to take place.

The Vieux-Lachine, the Saint-Pierre district and several other areas have improved in quality and value thanks to many investments in residential restoration and to the redevelopment of several areas into medium to high density residences.