Downtown bilingual businesses with all its activities and its contrasts. A business district where professionals, law firms, company headquarters are located in the most prestigious addresses, the most prominent buildings and the highest floors. 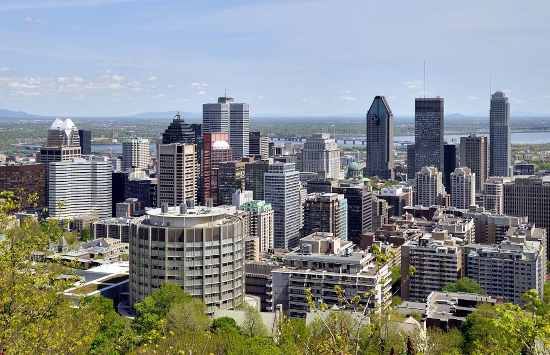 Downtown bilingual businesses home to the Ste-Catherine street and to prestigious and reputed stores such Birks, Holt Renfrew, La Baie, Ogilvy and Simons. Also on Ste-Catherine and on its crossing streets, trendy shops, restaurants of all kinds, inviting terraces, animated bars and cosy public squares where office workers, students and shoppers like to stroll.

Left unattended during too many years, a good part of the Faubourg-des-Récollets was plastered by abandoned buildings and large parking areas. But, and since 1993, the Quartier Éphémère is now dedicated to recuperating abandoned buildings for artistic purposes and to supporting emerging artists. 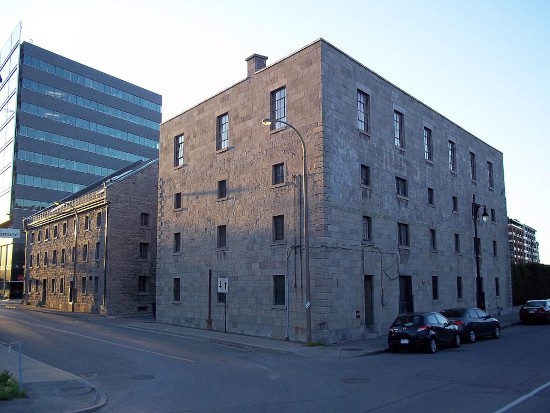 Plus, in 1998 the Quebec government launched a vast real estate project in the Faubourg des Récollets. Abandoned nineteenth century factories were recycled and the Cité du Multimédia with its many electronics based technology companies was created.

Bounded by Atwater, Bleury, de la Gauchetière and our Mount-Royal mountain (hill really), the Golden Square Mile was once an exclusive residential neighborhood of an English upper class. 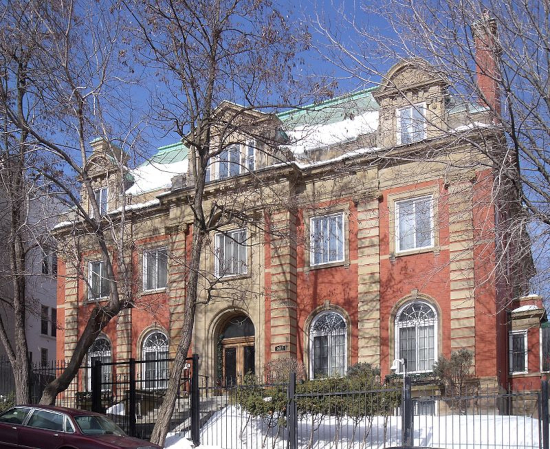 Since the early 20th century, the streets of the Golden Square Mile lined with sumptuous Victorian houses gradually gave way to 5 star hotels and to the contemporary business area of today. Only a few houses from the old era remain, most of which are clustered north of Sherbrooke Street, the Golden Square Mile luxurious main street.

Recognized for being broad minded, animated and eccentric, our Gay Village on Ste-Catherine East and near downtown Montreal is one if not the most famous homosexual village in the world. 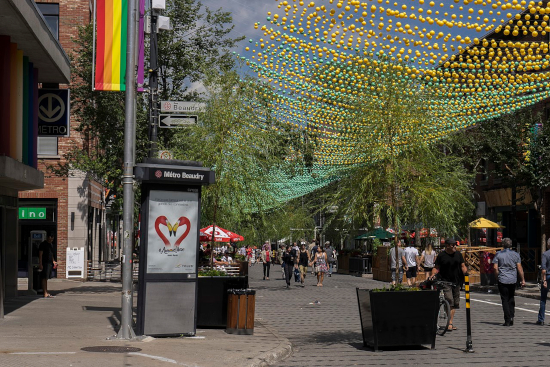 Its nightlife is notably active, especially because of events such as the Village Arts Festival that celebrates local creativity, Divers/Cité that celebrates gay pride and the annual LGBTQ+ 11 days film festival.

Old Montreal with its buildings dating back to the 1600s is now a privileged living environment where professionals, residents and tourists converge. 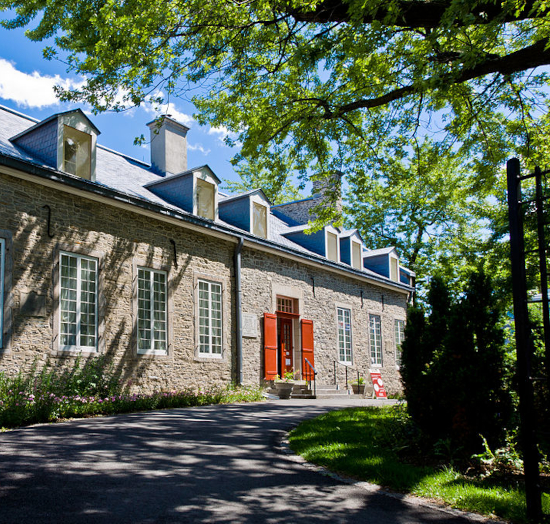 The Old Montreal obviously refers to the old part of our City with traces of the original French presence such as the old Saint-Sulpice seminary built and 1685 and the Château Ramezay built between 1705 to 1756.

The Place Jacques-Cartier is located in Old Montreal and acts as an entrance to the Port of Montreal. A Place Jacques Cartier bounded to the west by McGill Street, to the east by Berri Street, to the north by St-Antoine Street and to the south by the St-Lawrence River. 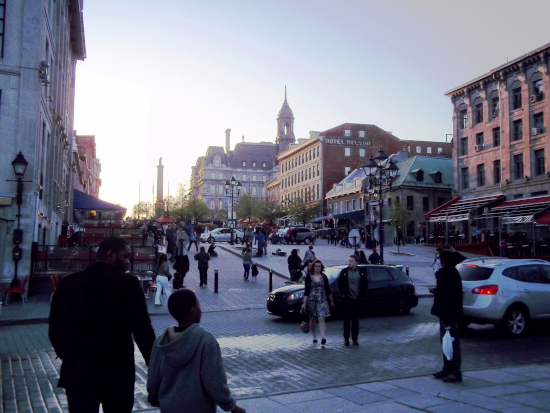 Jacques Cartier was born in 1491 in St-Malo and died in 1557 also in St-Malo, a port city in Brittany in the northwest of France. A navigator and explorer, Cartier discovered what is now Canada, the second largest country in the world now divided into ten provinces and three territories from the Atlantic to the Pacific and northward into the Artic Ocean. 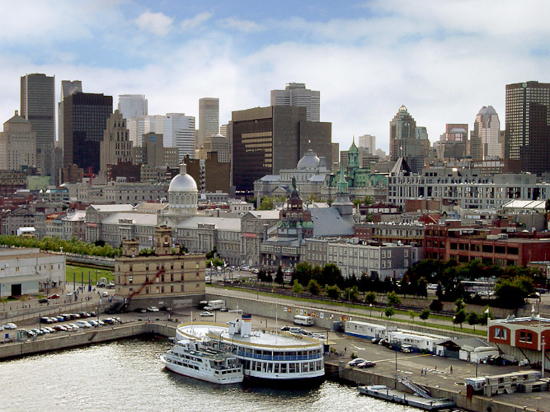 The mission of the Old Port is to "manage, develop and hold activities on a large urban site dedicated to recreation, tourism and culture". Plus, the site is home to two businesses, the Quays of the Old Port of Montreal and the Montreal Science Center.

The Port of Montreal is a world-class port connected to more than 140 countries. The Port is also a witness of the creation of Greater Montreal, its economic development and the arrival of immigrants from many different parts of the world.

Located in the Peter-McGill district and surrounded by Sherbrooke, Guy, Atwater Streets and by the Ville-Marie Highway, Shaughnessy Village dates back to the mid-17th century when, in 1663, the King of France gave the territory to the Sulpicians. The Saint-Sulpice Seminary was erected in 1684 on Notre-Dame Street and is still a residence for the Saint-Sulpice priests. 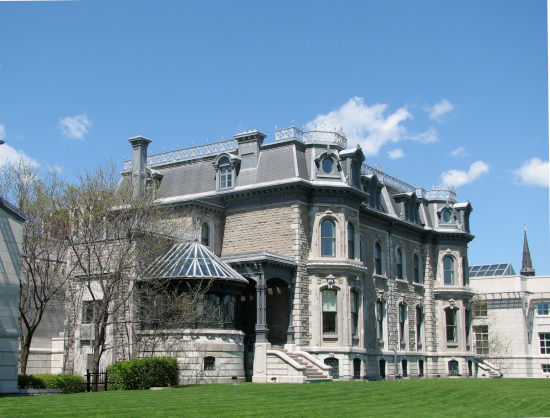 As for the name Shaughnessy, it comes from the name of the president of the Canadian Pacific Railway, Thomas Shaughnessy who, in 1874, built his house in the vicinity of the Village. A house that, in 1974, was declared national historic site and integrated into the Canadian Center for Architecture.

Our Underground City in downtown Montreal dates back to the Place Ville-Marie built in 1962 and to the opening of our Montreal Metro in 1966. An underground city and a convenient and pleasant place to go with its commercial centers, boutiques, shops, hotels and office towers. 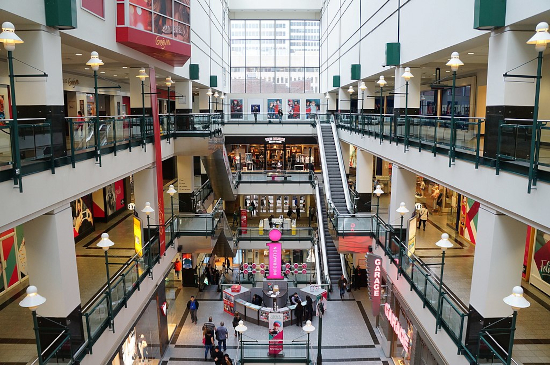 Some people think that Montrealers prefer to live underground during the winter, but this is definitely a myth. Most of us enjoy winter and most of us practice more than one winter sport. The snow, the rain, the wind and the cold seldom stop us from going to school, to work, to the gym or from taking a nice long walk properly and warmly dressed.