The City of Montreal urban parks offer a rather large number of characteristics in each of our urban environments. Very pleasant and very urban parks and squares of all sizes opened in public spaces in most if not in all our neighborhoods.

The Mount-Royal Park is one if not the most characteristic element of the City of Montreal. In 1873, the City acquired several acres of private land and, in 1874, Frederic Law Olmsted, a landscape architect imagined a natural park on the Mount Royal. 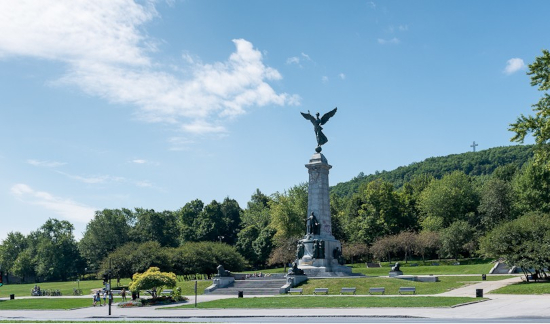 Inaugurated in 1876, the scenic beauty and tranquility of the Mount Royal Park located in the heart of our city attracts millions of visitors every year. Thanks to Frederick Olmsted (1822-1903) and to his planning principles, the Mount Royal is still central to our city and to our pride.

The Maisonneuve Park is named after Paul Chomedey de Maisonneuve, founder of Montreal. The Park was created in 1910 and is located in the Rosemont-La-Petite-Patrie borough. 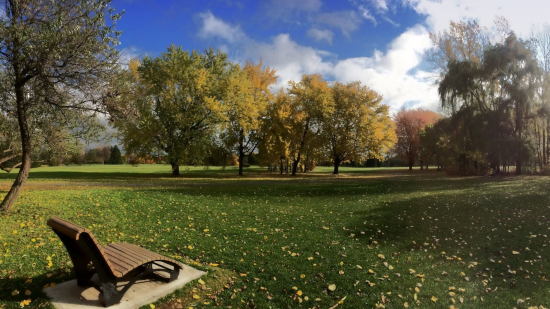 The Park is close to the "Space for Life" and to its four natural museums, the Biodome and the Planetarium in the Olympic Park and the Botanical Garden and the Insectarium in the Maisonneuve Park.

The Lafontaine Park located in the Plateau-Mont-Royal is one if not the most popular park in Montreal. Inaugurated in 1874, in the midst of the Victorian era, the Lafontaine Park is a natural and very beautiful park. 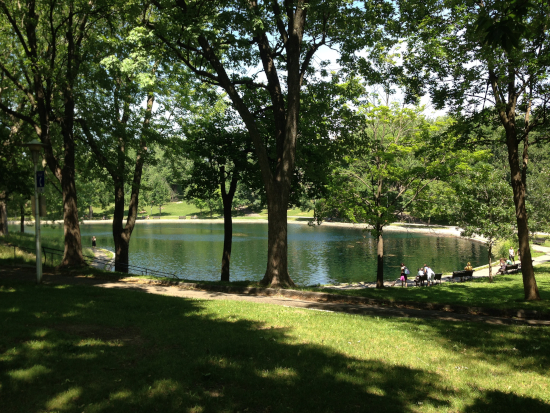 A Lafontaine Park deeply rooted in our past and still popular in our present and among our families and friends. The park, with its 40 hectares of greenery is perfect for hiking and biking in the summer and for skating and sledding in the winter.

The Île Sainte-Hélène located in the St-Lawrence River is part of the City and of the Island of Montreal, An Island easily accessed by public transit as well as by car, bicycle or by foot. 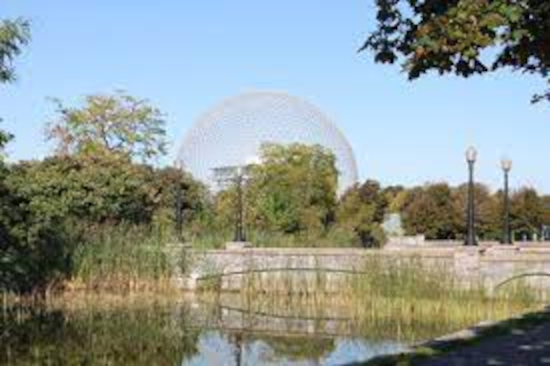 The Island is primary recreational and hosts frequent concerts and shows such as the International Fireworks Competition and the annual Osheaga Music Festival.

An Island that also offers attractions such as La Ronde, an amusement park, the Biosphère, a museum about the St-Lawrence river and the Complexe aquatique de l'Île Sainte-Hélène, a spacious aquatic center.

The Angrignon Park and its 97 hectares is located in the Sud-Ouest borough and is one of our largest park. A large lake, ponds, picnic tables, bike paths, walking trails and playground space are all part of this beautiful and very relaxing green space. 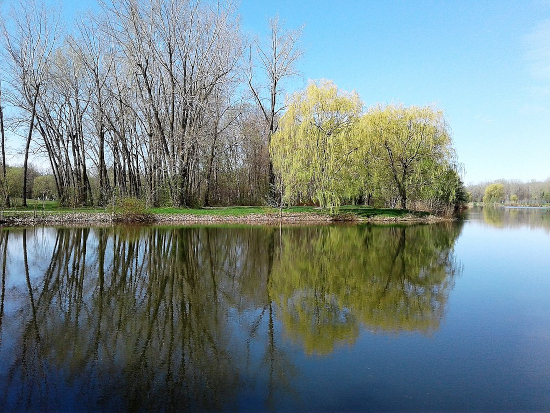 The park inspired by 19th century English garden designs and once home to a small farm now offers something like 20,000 trees, winding paths, a pond surrounded by plants and the Angrignon Metro Station in its northern corner.

Place d'Armes Square is the second oldest public site in Old Montreal, the first being the Nelson's Column erected in 1809 in what is now the Place Jacques-Cartier since 1845. 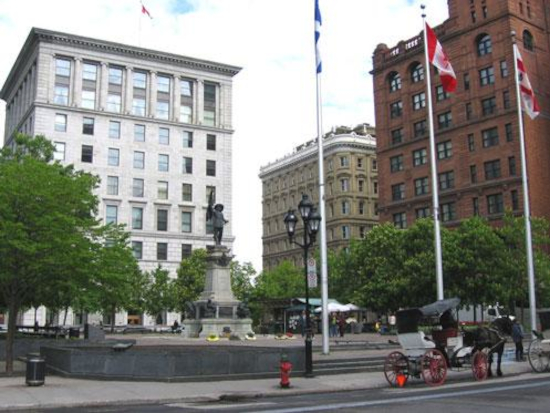 A Place d'Armes Square, an Old Montreal and jewels on the St. Lawrence River that spark and shine in the night, thanks to a permanent lighting plan that showcases the beautiful architectural heritage of our Place d'Armes.

Place Jacques-Cartier is a square built in the first half of the 19th century where people have gathered for generations. Place Jacques Cartier has always been a popular square. 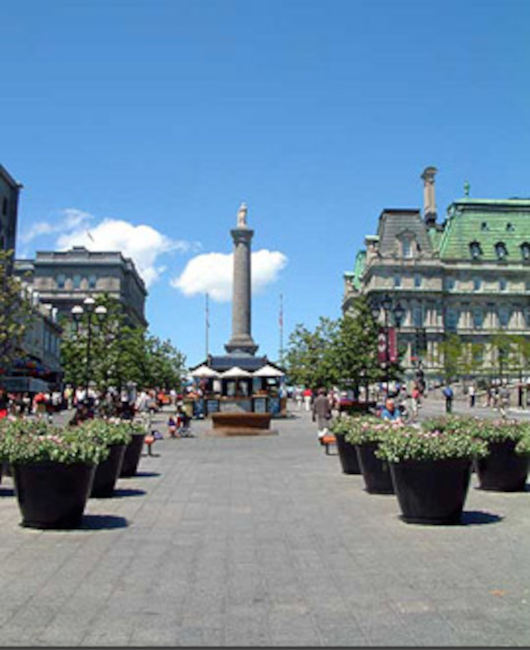 During the summer months, the Place Jacques-Cartier shines with outdoor cafés, street performers, portrait painters, musicians, street entertainers ... At night, restaurants are packed with tourists and, during the Christmas season, the Place is lined with lighted trees and decorations.