The story of our church architecture and landscape evolved during the last 375 years (since 1642 actually) and gave rise to many different parish churches, basilicas and cathedrals each with their very specific and very interesting architecture style.

Church bells that still dutifully announce Catholic church services and  churches decorated with religious artworks such as shrines, stained glass, sculptures and altars that each illustrate and and that each remind us of our catholic ancestry and beliefs.

A City of Montreal once called "la ville aux cents clochers visibles au loin" along with many Montrealers who now profess no religious beliefs but who, according to Church Statistics, still attend Christmas Mass on Christmas Eve and who still attend funerals. 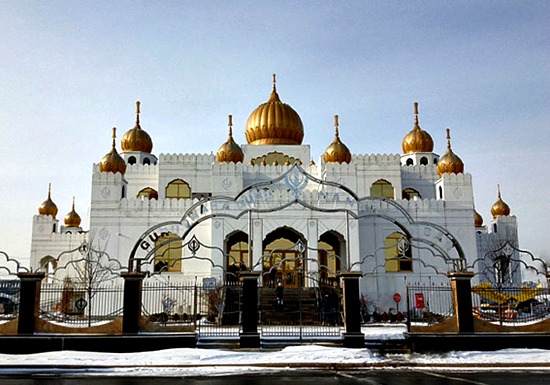 Christianity is the religion of those who believe in Jesus-Christ, the son of God and the Messiah of the Old Testament. Christians are either Catholic, Baptist, Methodist, Lutheran, Presbyterian or Protestant.

The Roman Catholic church architecture and landscape is organized in a three tier hierarchy, 1) the Pope, the bishops in their diocese, 2) the priests in their parish and 3) the Catholics. The Roman Catholic Church is the social institution that exercised the greatest influence and had the most impact on Montrealers during the last 375 years or so. 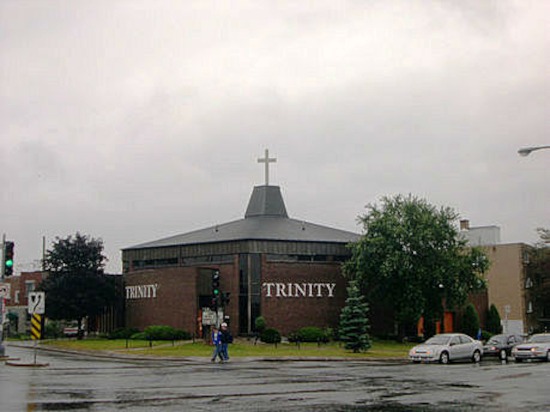 A church is either the body of Christ or a building. A basilica is a large and important church and a cathedral is the largest and most impressive church of a diocese, a Greek word that means administration.

An archbishop is a bishop of higher rank and an archdiocese is a larger and more important diocese. A diocese is a district divided into parishes or ecclesiastical districts. The diocese is under the authority of a diocesan bishop, while the parish is under the pastoral care of a parish priest. 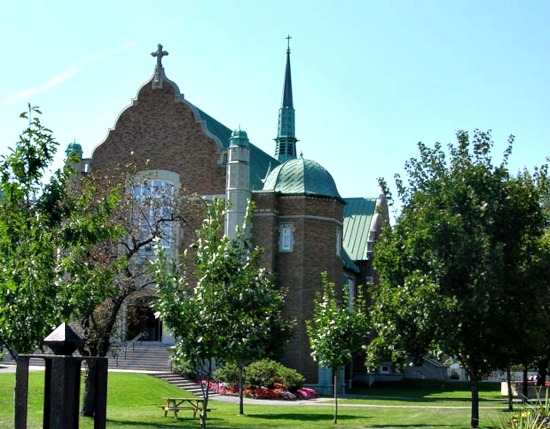 Muslim is not a religion, a Muslim is a person who submits to the will of God and who follows the Islamic religion. A Muslim is "anyone or anything that surrenders to the true will of God".

A Mosque is the Muslim gathering place for prayers and for worshiping God. Every Mosque has a niche in the wall that indicates the direction of the Mecca, the direction towards which Muslims must pray. Other common features include minarets and tall towers. 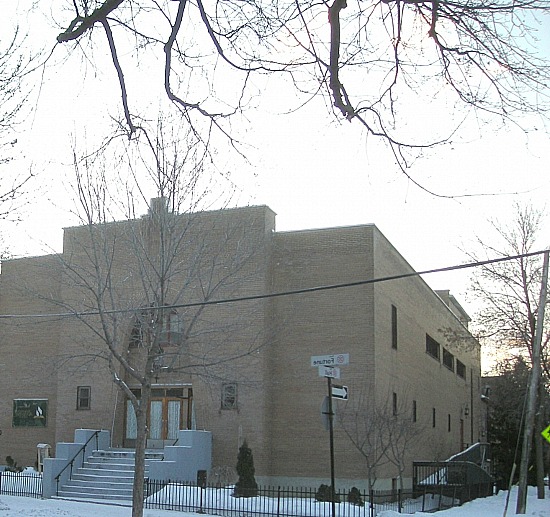 Cote-Saint-Luc is home to a rather large population of Sephardi Jews. Large Sephardim groups who also live in the Saint-Laurent borough and in West Island. Sephardic Jews descent from Jews who settled in the Iberian Peninsula in the South West of Europe.

Hasidism is a Jewish movement founded in Poland in the 18th century. Many Hasidic dynasties live in Outremont while Cote-des-Neiges is home to a fairly important Lubavitch community, an Orthodox Jewish Hasidic movement. 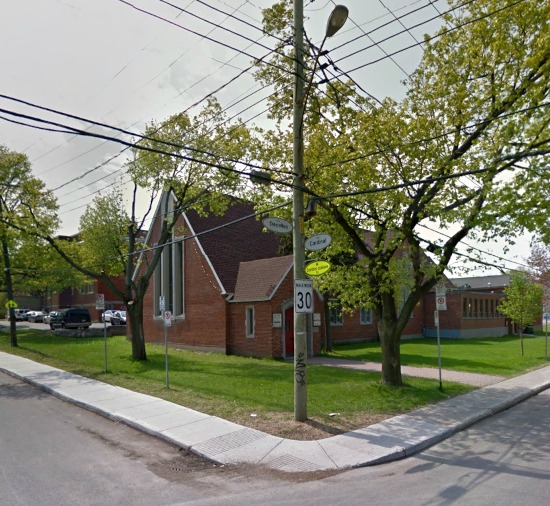 A Synagogue is a building and a Jewish place of worship, also used as a place to study and as a community center. The main rituals of Judaism are circumcision, bat-mitzvah, bar mitzvah, mikvah, marriage, death and mourning, Kosher foods and daily prayers.

Interestingly, the history of the Christian church, the Islam Religion and the Religion Jewish have the same origins, they each go back to the prophet Muhammad and to the patriarch Abraham. 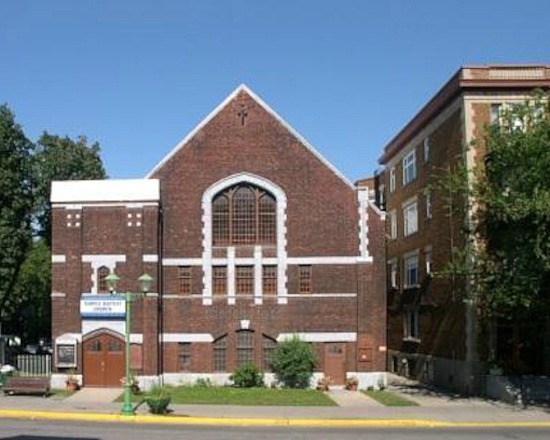 Buddha temples are now more modern, but they are still designed to symbolize the five elements. The square base of the the temple represents Fire, Air and Earth while the pinnacle on top of the temple represents Water and Wisdom.  Inside a Buddha temple, there may be a worship hall and a meditation hall both decorated with gold warrior type figures, but the statue of Buddha is always the focal point of interest. 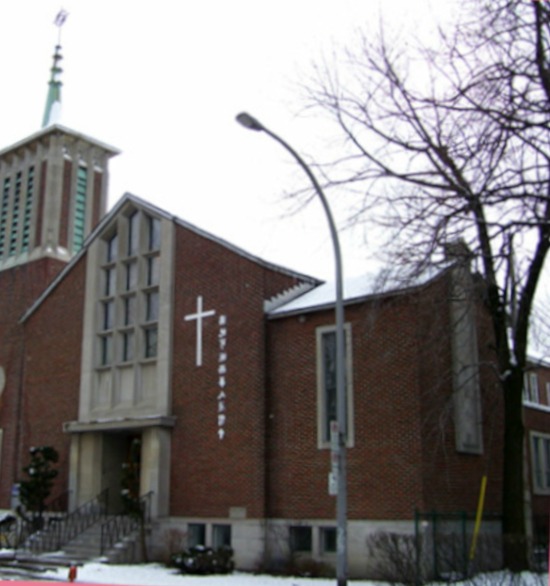 More and more Montrealers belong to minority faiths, attendance to religious services is dropping and the number of people with no religious affiliation is rising. 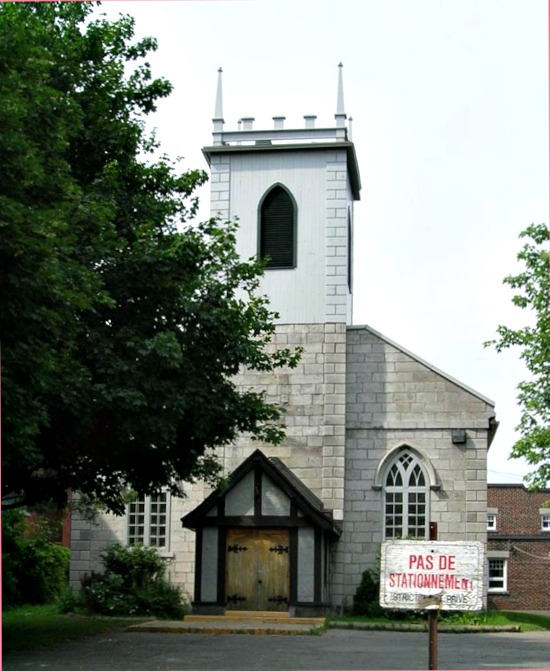 Our parishes are abolished or merged, our church landscape and architecture are leased, sold or shared with other churches and our religious behavior are now more private than public. Our Montreal church landscape is more and more secularized and Church influence is slowly decreasing.

Montrealers may not be attending organized religious services like we used to, but it does not necessarily mean we are any less spiritual. Private religious behavior such as prayer, meditation, worship and readings of sacred texts are still present.