An interesting combination of bridges engineering and architecture in an archipelago as in a collection of islands such as the île Jésus, île de Montréal, île Bizard, île Perrot and a few others. 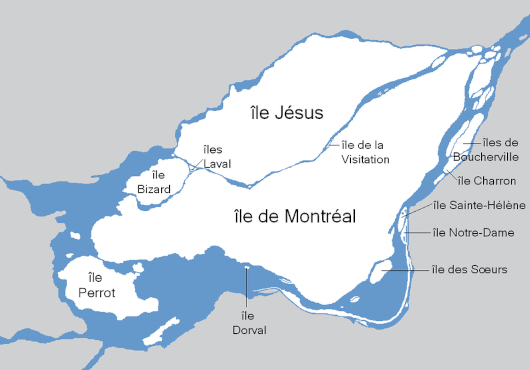 Three rivers, the Saint-Lawrence River, the Ottawa River and the Rivière-des-Prairies Rivers plus, the Archipel Archipelago home to as much as twelve different islands.

Commuters who work in the City of Montreal and who are familiar with rush hours but who are probably not as familiar with the bridge architecture many of them cross at least twice a day sometimes more. 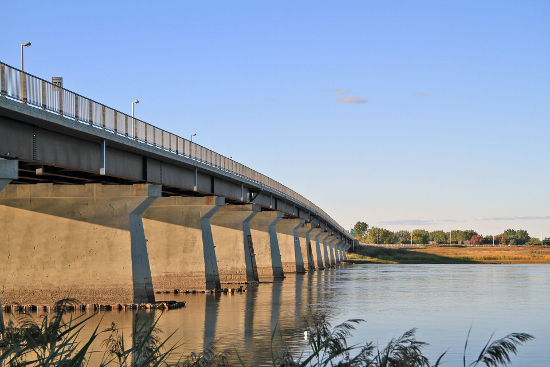 Le Gardeur Bridge (1939) - A beam bridge that connects the Rivière-des-Prairies-Pointe-aux-Trembles borough of the City of Montreal to the City of Repentigny at the lower end of both the l'Assomption and the St Lawrence Rivers. The bridge is part of Quebec Route 138, a major highway in the province of Quebec. Source & Photo: Wikipedia. 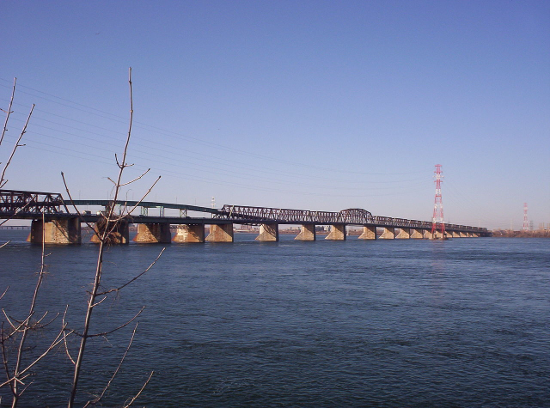 Victoria Bridge (1859) - Originally a tubular bridge, now a truss bridge with rails in the middle and roadways on both sides. The Victoria Bridge is the first bridge to span the St. Lawrence River. It links the City of Montreal to the City of Saint-Lambert on the South Shore of Montreal. Source & Photo: Wikipedia. 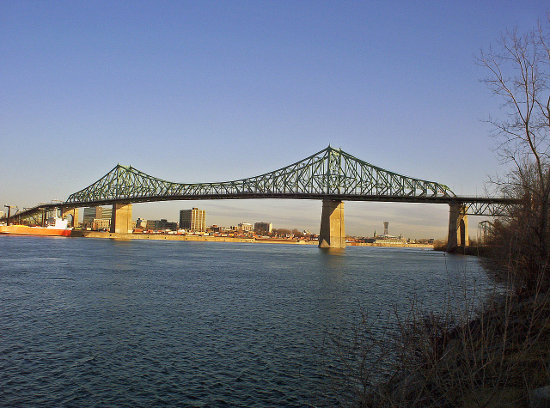 Pont du Havre (1930) renamed Jacques Cartier Bridge (1934). A steel truss cantilever bridge across the St Lawrence River from the Island of Montreal to the City of Longueuil via the Sainte-Hélène Island where the Jean-Drapeau Park and La Ronde Amusement Park are both located. Source & Photo: Wikipedia. 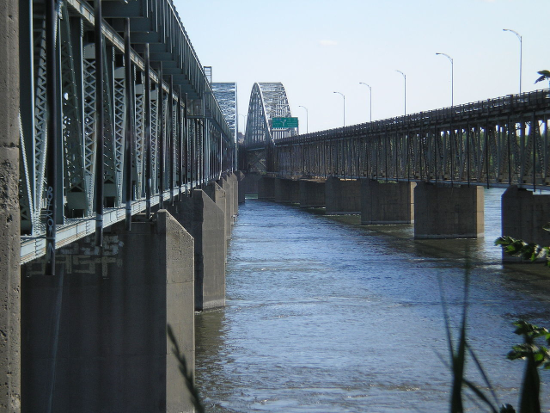 Honoré Mercier Bridge (1934) - Arch Bridge. Connects the borough of LaSalle of the City of Montreal to the Mohawk reserve of Kahnawake and to the suburb of Châteauguay on the South Shore of Montreal and of the Saint Lawrence River. Source and Photo: Wikipedia. 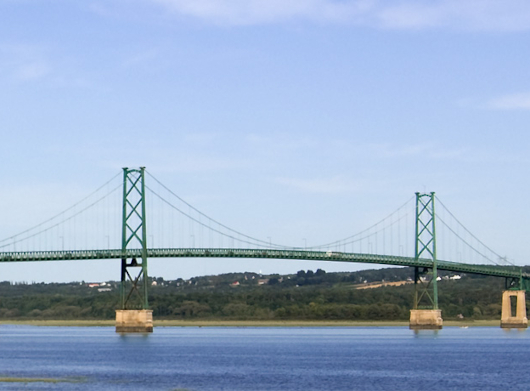 The Pont de l'Ile officially called Ile-d'Orléans Bridge is part of Quebec Route 368 also known as Chemin Royal / Royal Road. A suspension bridge that stretches over the St Lawrence River between the Beauport borough of the City of Quebec and l'Ile d'Orléans across the St Lawrence river. Source and Photo: Wikipedia. 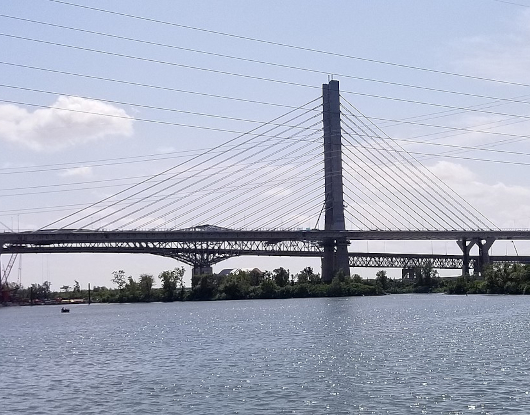 Samuel de Champlain Bridge (2019), a cable-stayed bridge that replaced the original Champlain Bridge (1962). The bridge crosses the St-Lawrence River and connects the Island of Montreal to the South Shore and to the City of Brossard. Source and Photo: Wikipedia.