This is still pandemic and confinement time in the following 10 Quebec biggest cities. I'd like to pretend that there is no Covid and that I'm going to travel to each and everyone of them anytime soon. A nice but postponed trip.

Another of my dreams is to pair Montreal Kits with important cities in the Province of Quebec as well as with many cities around the world, especially those who do business with Montreal and Montrealers. Postponed but feasible, both.

The City of Montreal is a world leader in strategic sectors such as aerospace, biofood, clean technologies, fashion and apparel, film and television, finance, information technologies, live sciences, retail and transportation and logistics. 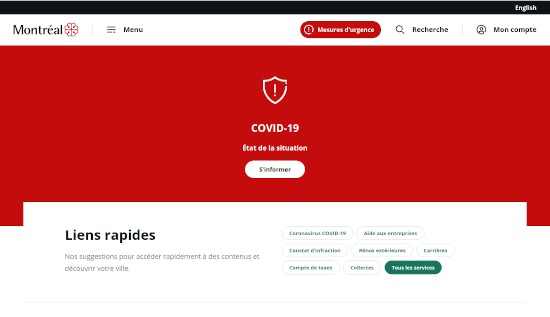 In Montreal, all the Aerospace components required to build an airplane are available within a 30km radius, our Biofood sector is known worldwide for its food processing and distribution companies and our Film and Television sector has been an international audiovisual production centre for more than 60 years.

Our Retail sector shows $40 billion in sales annually and our Finance sector profits from skilled workers, world-class universities and a positive business environment. Then, our Fashion and Apparel is one of the three largest production centers in North America, the other two being Los Angeles and New York. 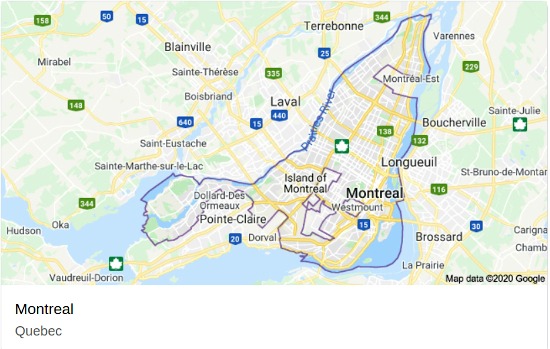 Our Life Sciences sector is recognized all over the world and so is the high caliber expertise, infrastructure and workforce of our Information & Communication Technologies. Our Clean Technologies has a direct impact on our environment and our Transportation and Logistics sector is about shipping goods by land, rail, sea and air.

The Quebec Economic Development guides its citizens through the process of setting up or relocating their retail, industrial, or service business. They either start or buy a business, expand their business or export and attract businesses in collaboration with Quebec Major Projects Department. 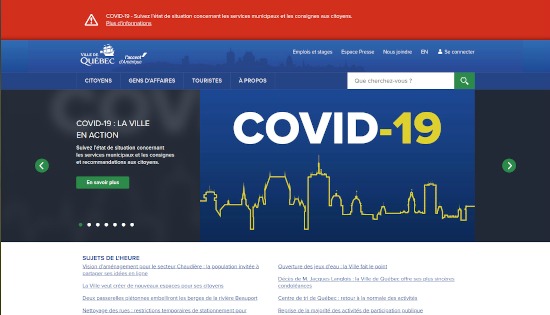 The City of Quebec is located on the shores of the St. Lawrence River where demand for skilled workers is high and where most of their business sectors are growing. Beautiful and safe, the City offers a large variety of municipal services and an interesting quality of life. 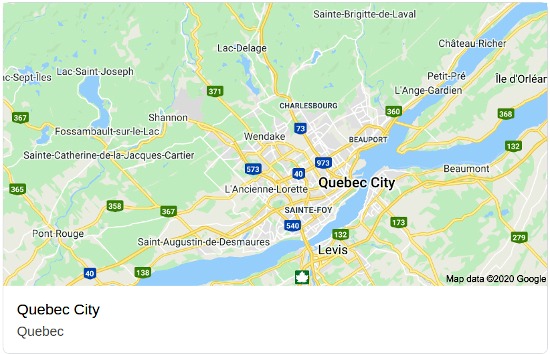 A City with a a unique social, military and religious history including the Battle of the Plains of Abraham. The Battlefields Park still known as the Plaines d'Abraham by the locals is a prestigious park where a stroll provides a great opportunity to commune with nature.

During the last 20 years or so, the City of Laval invested something like $15 billion in order to provide its citizens with the necessary services and infrastructures. An investment that resulted in a dynamic City that now holds a strong position in the Canadian economy as one of the most entrepreneurial region in Canada. 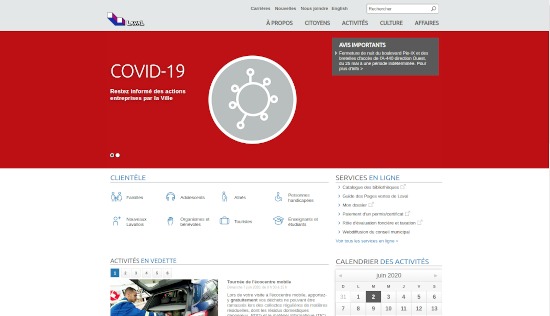 Approximately one third of the active residents of Laval work and live in their own city where the employment rate is among the highest in the province of Québec. A local, diversified and solid economy, centered on value-added goods and services. 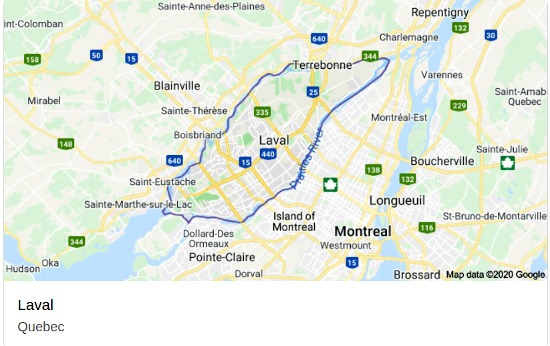 The City of Gatineau plays an important and active role in its local economic development based on the following mission:

"With a view to a sustainable and equitable economy, and in concert with the economic and political partners of the City and the region, act as a leader by promoting the assets of the city, by creating favorable conditions for economic development, by taking initiatives and offering support measures to businesses." 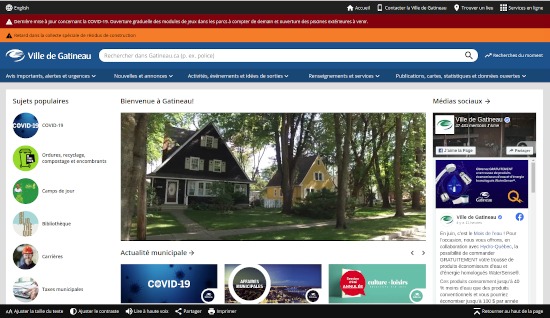 The Economic Development Commission of the City of Gatineau provides advice and recommendations to the Municipal Council regarding strategies to promote the economic development of the City. A Commission that takes action when all kinds of opportunities and challenges arise. 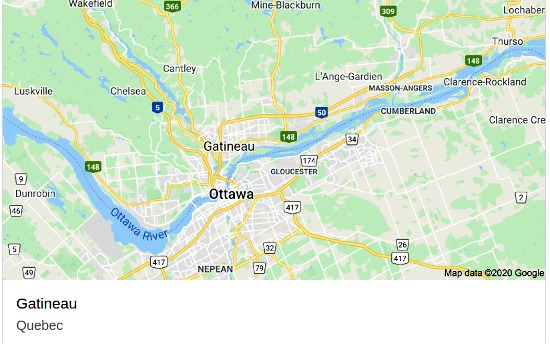 The City has a low presence of institutional and private R&D and of high value-added companies and exporting companies. A City that also suffers from a low attractiveness compared to Ottawa, the capital city of Canada.

Then again, Gatineau offers lower rent and lower property values, daycares are cheaper and so is car insurance and car repair. Plus, being immersed in a French-speaking community helps learn the language.

The City of Longueuil is an ideal location for events, all kinds of events including business meetings, conventions, conferences, seminars... Longueuil is located near downtown Montreal and is an ideal choice for large gatherings, thanks to all its infrastructures and resources. 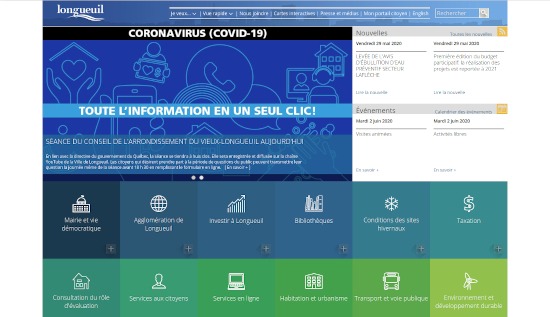 Agritourism at the "Verger de la Savane" a charming orchard where a few hours can be spent picking apples and pumpkins. Where one can ride a tractor, sample home made maple candy and quench one's thirst with home made apple juice. The Verger is opened from late August to early November. 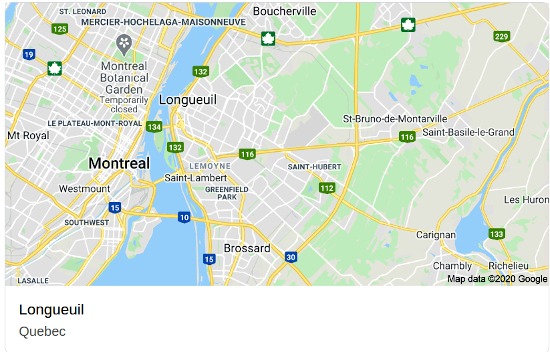 The City of Longueuil offers several parks and public buildings as well as a multitude of monuments and sculptures along with historical tours of the City. The "Théâtre de la Ville" highlights excellence and diversity through a variety of musicals, plays, world music, jazz sessions. variety shows, comedy shows, storytelling...

The Art Work Collection of the City of Sherbrooke offers approximately 250 drawings, prints, paintings, photographs, sculptures and decorative art objects from the twentieth century to today. Works of art displayed at the Town Hall, in local librairies and in City offices. 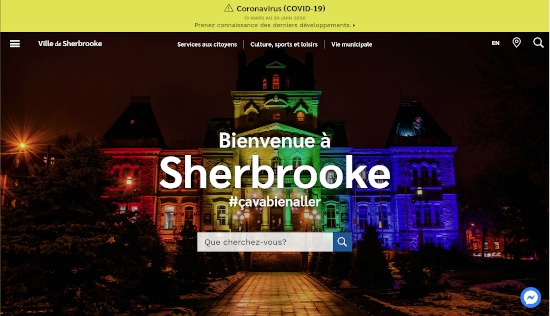 The acquisition of art works is done mainly through contests, but also through donations. Proposals are submitted to an ad hoc committee reporting to the Visual Arts Commission who analyzes and recommends the addition of specific public arts to the City collection. 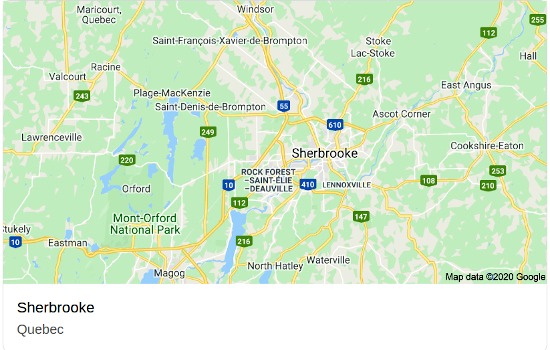 The cultural heritage of the City of Sherbrooke in real estate, furniture and intangible, reflects its history and its uniqueness. The collection is composed of characters, scenes, historical events, documents, buildings, objects, sites, landscapes. A "savoir-faire" and a "savoir-vivre" in a cultural, linguistic and traditional harmony.

"Développement économique Lévis" manages investment funds for businesses, according to the "Investment and business support policy" in effect. Funding is provided in the form of a loan without garantie, with or without interest and based on the financial institution status of the business. 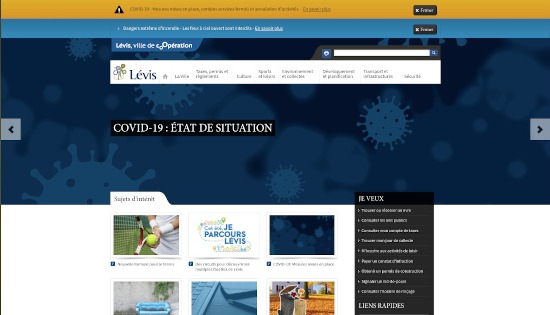 The City of Lévis offers a complete array of cultural, recreational and sporting activities for all ages during all seasons. Lévis provides hundreds of grounds, sports and leisure facilities such as cycle paths, tennis courts, swimming pools, parks, arenas, outdoor centers and many other leisure facilities. 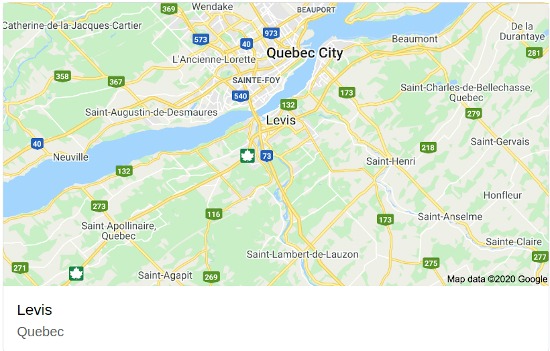 The Société de transport de Lévis (STL) offers public transportation services all over the Lévis region. The STL covers some 550 km2, from Saint-Étienne-de-Lauzon to Pintendre and from Saint-Lambert-de-Lauzon to the north shore.

The city of Saguenay has five downtowns and they each offer their own types of activities, one specific series per each season. Each downtown is unique, each has its own history, its own architecture and its own urban layout and personality. 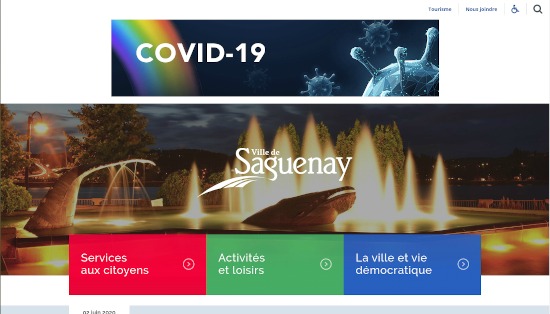 The City of Saguenay is divided into three (3) business sectors, Industrie et Commerce, Services aux Entreprises and Tourisme. Industry & Commerce deals with the local workforce and key sectors such as transport and labor market. Business Services offers free entrepreneurship services and Tourism informs people from all over the world about how great the City is. 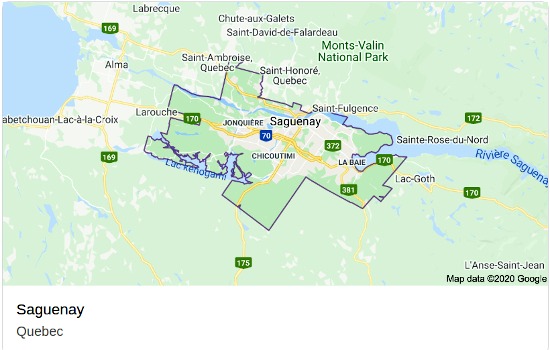 The City of Trois-Rivières is located halfway between Montreal and Quebec. A City that is also strategically located in the Mauricie. A region that offers natural resources, processing industry, knowledge-based economy along with a diversified economic structure and an array of local jobs. 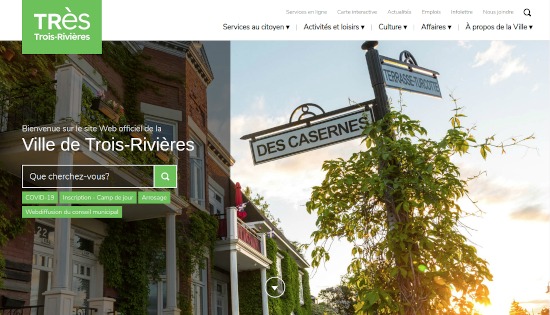 The City favors integrated management of the transportation of goods and people. Road infrastructure is consolidated, public transport is optimized and active transport is enhanced. 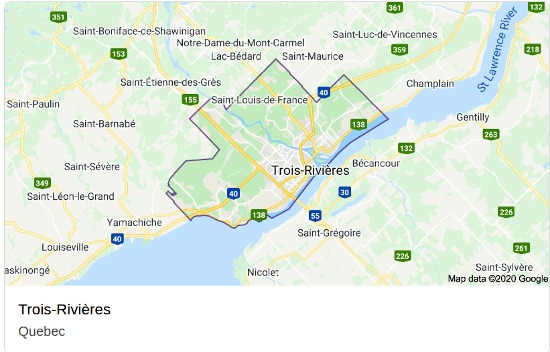 The forest and the agricultural environments in Trois-Rivieres both play an important role in the economic viability and diversity of the region. Most if not all decisions made by the City aim at preserving their ecosystems. Living things such as plants, animals and organisms interacting with each other and with non-living environments such as weather, earth, sun, soil, climate and atmosphere. 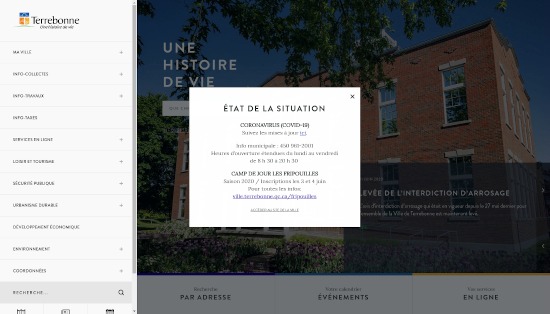 Tourisme Lanaudière is officially recognized by the Quebec government as a regional tourism association. A non-profit organization that brings business people together and that coordinates, develops and promotes tourism. 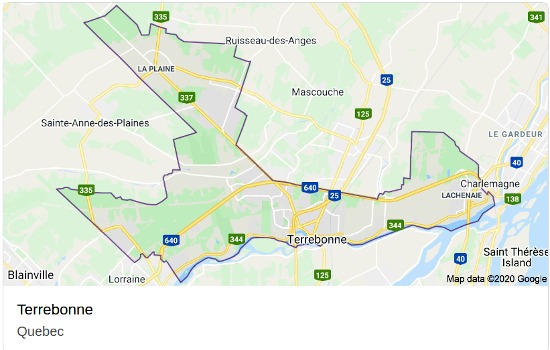 The Economic Development Service of the City of Terrebonne plans, coordinates, stimulates and manages local economic activities in sectors such as the industrial, commercial, residential, agricultural, institutional, accommodation, community, social and film sectors.