A Protestant cemetery until around 1850, the Dominion Square was acquired by the City of Montreal in 1871 and became the Dorchester Square when the Place du Canada was created in 1967. 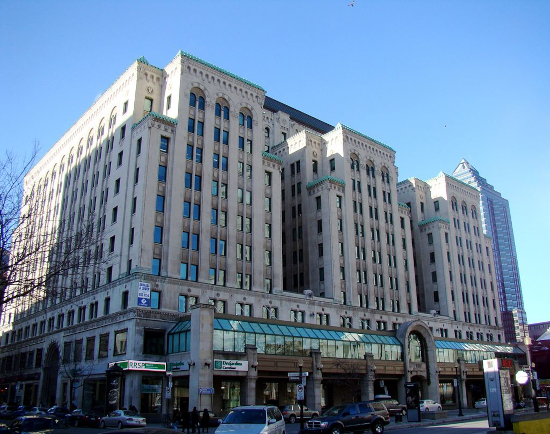 The Square Saint-Louis created in 1876 is named after two business brothers, Emmanuel and Jean-Baptiste Saint-Louis, sons of a contractor.

While still a teenager, Emmanuel became an apprentice carpenter and stonemason and, in 1872, at the age of twenty, became an entrepreneur, joined forces with his brother, Jean-Baptiste Saint-Louis and created the Société Saint-Louis Frères.

Jacques Viger (1787-1858) was the first mayor of the City of Montreal. The initial Viger Square was inaugurated in 1860 but, as it stands now, it has lost all its prestige and holds very little resemblance to what it was once. 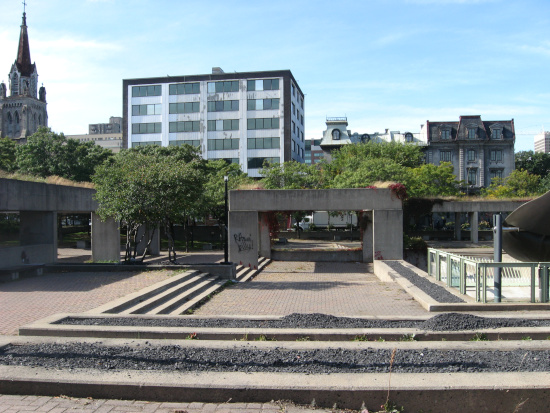 After a major restoration, the sculpture of Jean-Olivier Chénier (1806-1837), doctor, surgeon and political organizer regained its honorable place in the Viger Square and, the City of Montreal recently presented its overall plan and vision of a major restoration of the Square Viger. 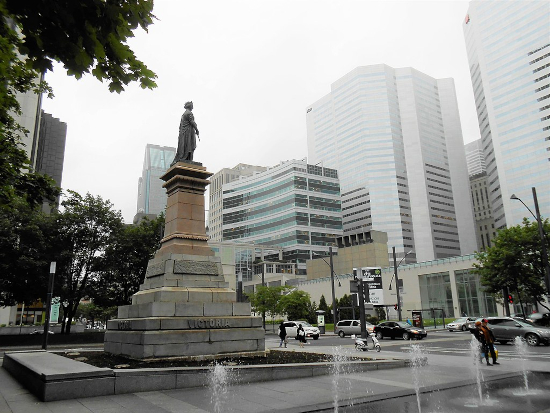 Nowadays, the Victoria Square is a prestigious address in the Quartier International de Montréal. It is also a lively neighborhood with famous skyscrapers, high-end hotels, fancy restaurants, a convention center, a museum and many relaxing benches, fountains and trees.

The Phillips Square is named after Thomas Phillips, a building contractor and city concillor who bought the land from fur trader Joseph Frobisher. Phillips Square is located on a land donated by his widow as a perpetual memorial to her husband who died in 1842. 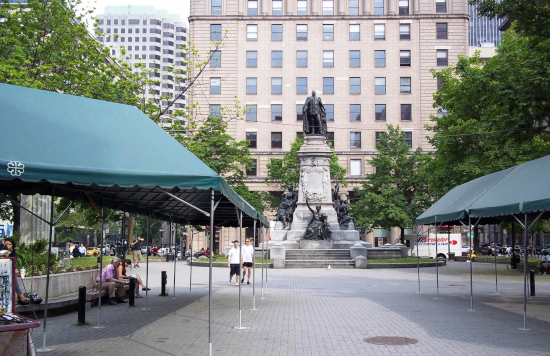 The Phillips Square features a bronze monument of King Edward VII who visited Montreal in 1860 and who opened the Victoria Bridge while he was still the Prince of Wales. The monument designed by Louis-Philippe Hébert was erected in 1914.

The Sir George-Étienne Cartier Square is a rectangular square located in what is now le Sud-Ouest borough. A small square with a fountain surrounded by row houses. 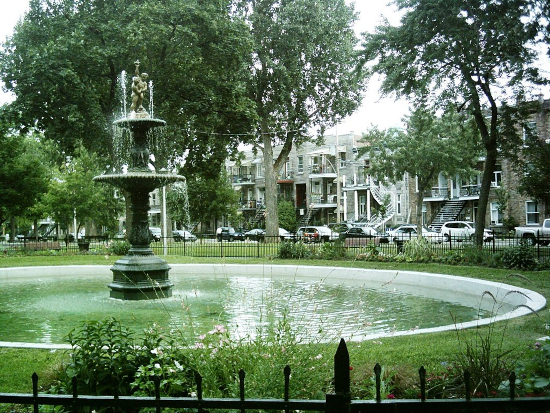 Named after a politician, the fountain was built in 1912 on the site of an old slaughterhouse. According to the regulations adopted during the development of Saint-Henri (now annexed to the city of Montreal) the houses around the square were to be built with stone facades and decorative brick.