In reverse, the top entry being the last entry. 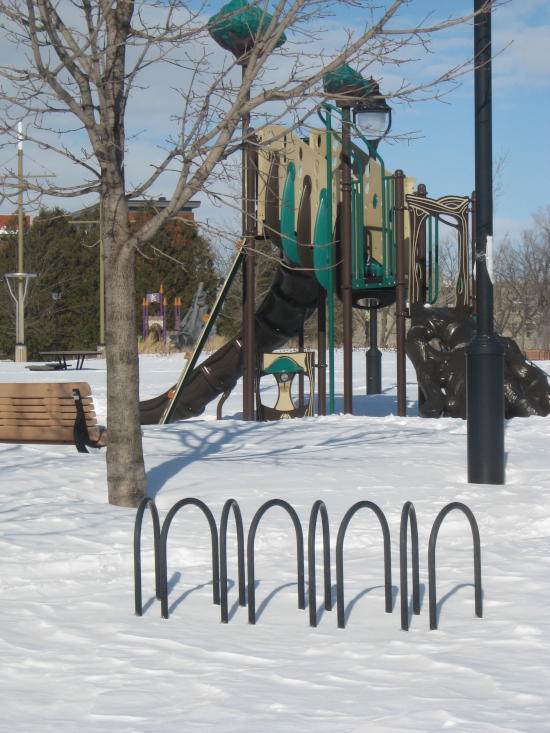 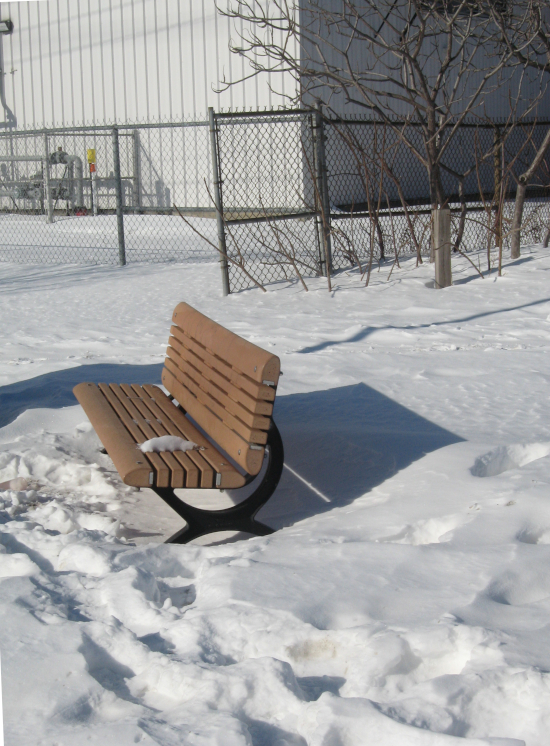 P.S. Still very cold outside but gym tomorrow morning maybe followed by a walk in the neighborhood, camera in hand. Can't make promises but I'm working on it. 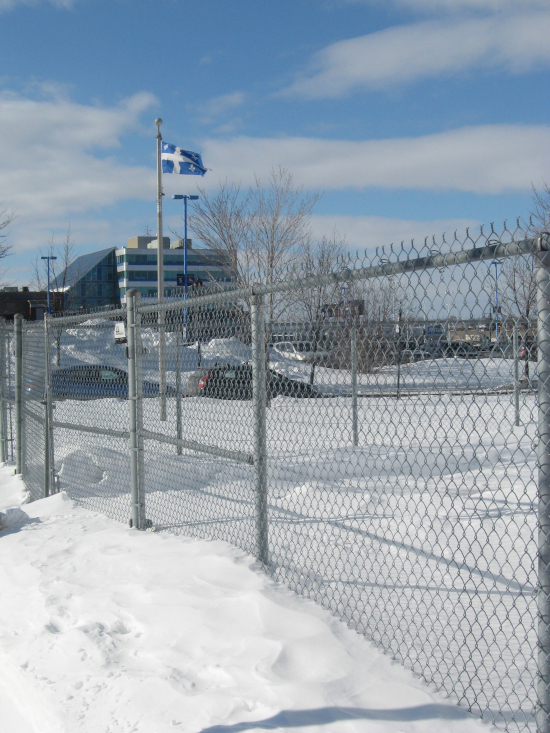 January Bis Diary and gym first thing in the morning every second day, 6:00 AM on weekdays, 8:00 AM on weekends as per my gym contract usually followed by a cup of coffee but, I've lost a good part of my interest lately.

Physical and emotional stress caused by the COVID just like everybody else and by my two co-owners, the control freak and the cynical freak.

That said and as of today, I'm on vacation but only for a few days. I'm exhausted and I definitely need a break, mostly because I'm way too emotional. There are much better ways to stop being sort of sad and being sort of depressed and I plan on doing nothing except restorr my mental health. 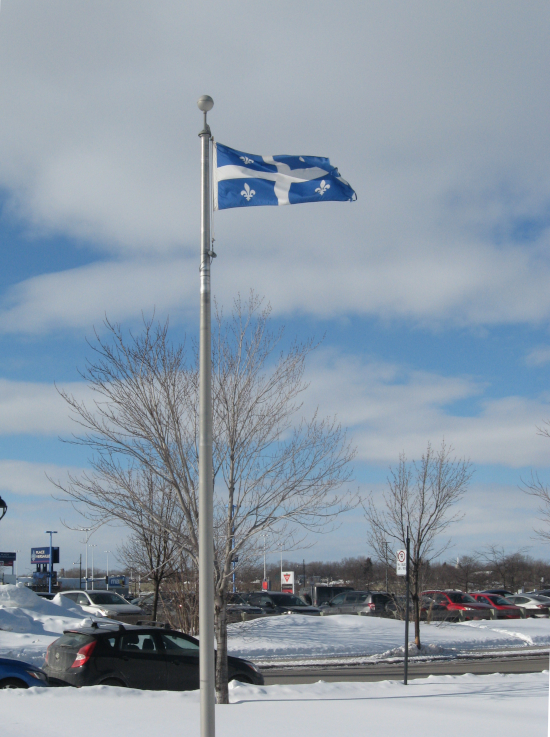 Good morning! I feel much better, thank you for asking and I hope you are well. The two main reasons being, I'm back on a regular basis to my gym. A gym that no longer closes for a few days, reopens for a few days because of the COVID 19. Plus, my social life is slowly but surly improving thanks to a co-gym partner who noticed my stress and who made me realize that it was time for me to stop being emotional and start being rational.

That said, as of January Bis Diary, my goal with Montreal Kits was and still is to introduce corporate sponsors and to collaborate with companies owned by members of the First Nations. Companies that have already been selected and web visibility that has already been analyzed and organized, thanks to the Tips'n Techniques HQ section of SBI! Solo Build It!

Sponsors as in financial support in exchange for web visibility, sponsorship as in the act of supporting financially an organization such as Montreal Kits and web visibility as in 1) creating new pages 2) adding quality content 3) targeting all pages with keywords, 4) using sponsor ads 5) using compelling page titles, 6) providing outstanding customer service, 7) posting on social media on a regular basis ... 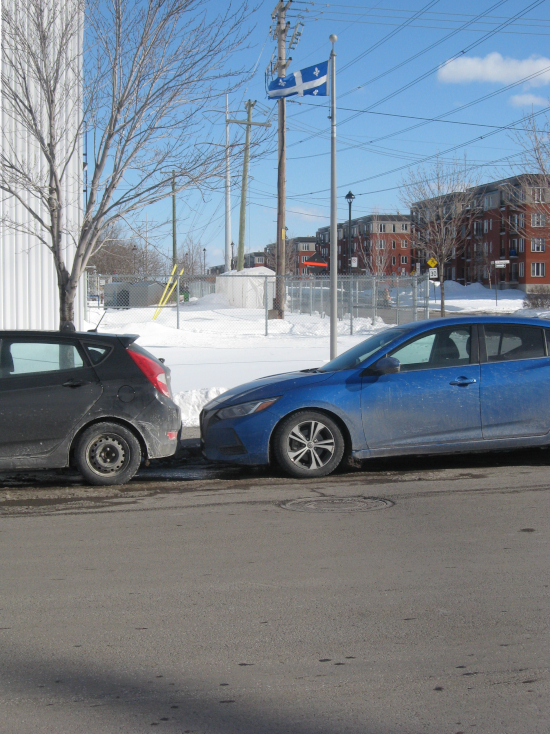 Not a good start. No gym today, way too cold, -15C and something like 12 inches of ice on each of my steps. Snow I neglected to shovel and now ice I can't break. No long and pleasant walk and no new pictures under a clear blue sky.

Today, January Bis Diary, I stay home, in the heat, with my finches and with two tasks, get ready to contact potential sponsors and start packing because I'm now ready to sell, to buy and to move. I've learned everything I needed to learn at this address and it's time for me to get the hell out of here. Goodby! wicked witches, Hello! nice and friendly neighbors. 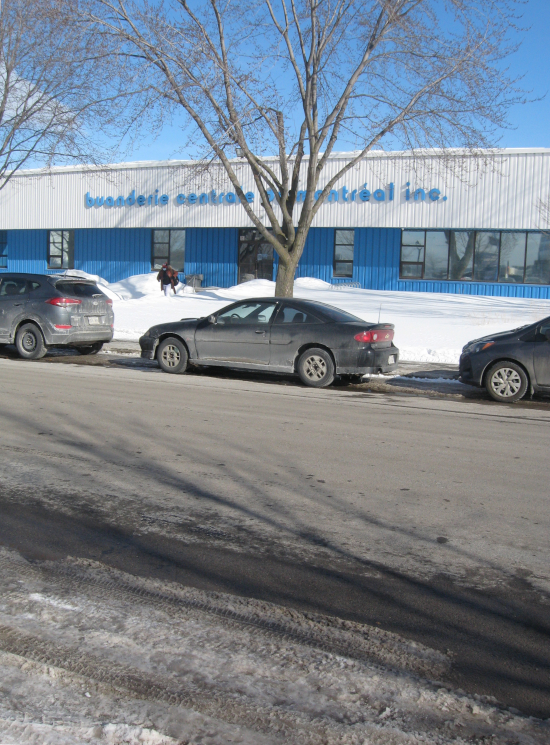 My parents didn't talk, didn't share, didn't know how and I haven't been much better. I got mad a few times but being mad is far from being the right way to express our feelings. Anger as in hiding or replacing distressing feelings such as fear, pain and shame is far from being a good idea and, more importantly, it never or seldom fixes anything.

Plus, and as of today, January Bis Diary, it's time for me to be social again. Social as in posting in social media, as in getting in touch with potential sponsors, as in promoting each and everyone of them, as in sending regular newsletters, as in enabling you, my visitors to ask your questions, send your comments, report a mistake, make suggestions, offer to participate ... 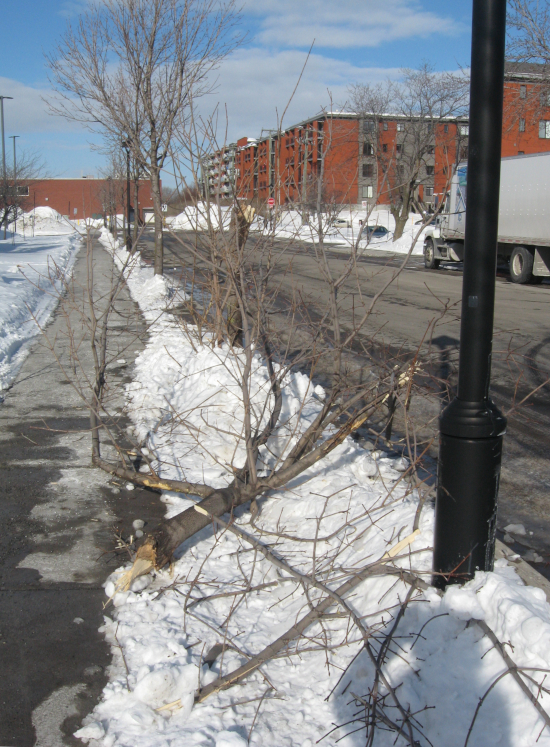 This is what I sent to our Condo Association in general and to our Administrator specifically early this morning:

P.S. My finches are rather aggressive, rather noisy this morning, January Bis Diary and so am I. Because they can feel my stress or because it's cold and icy outside. I didn't go to the gym because I was afraid I'd slip and hurt myself. Plus, no new pictures yet, it's way too cold. 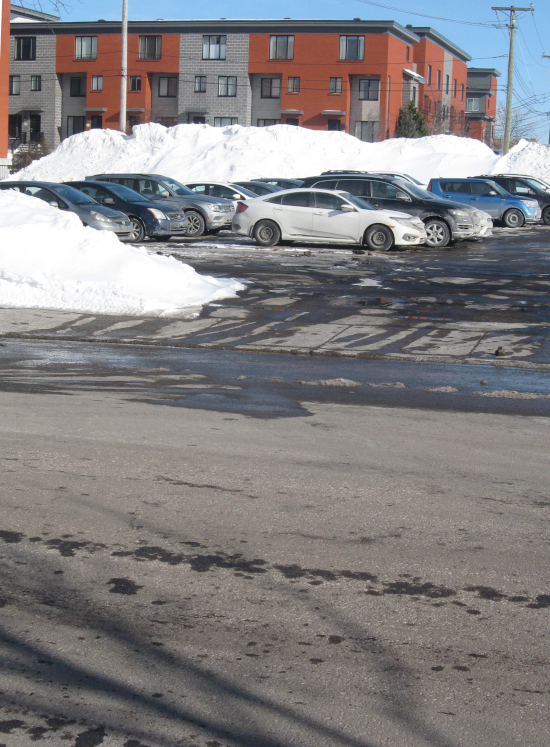 I didn't wake up early enough this morning and didn't go to the gym. No more excuses though, no more laziness. There are 7 days in a week so, let's say I go every two days because I like it, because it's good for me and because it's nice to have people around.

That said, I made an interesting discovery during my sleep, more than a discovery, a realization, a better understanding of something that has been bothering me for quite awhile. As already mentioned, we as co-owners don't get along, never did, never will but why exactly?  Here's what I found and what seems to make sense.

The job of a condo administrator is to make sure co-owners feel secure and are connected to their association. However, if the connection is improper or damaged or weak or absent, if the tasks are not properly and fairly distributed, if there's very little communication and no collaboration, if there's no harmony and no respect, forget it, the administration sucks and and so does the administrator and the co-owners each in their own way. 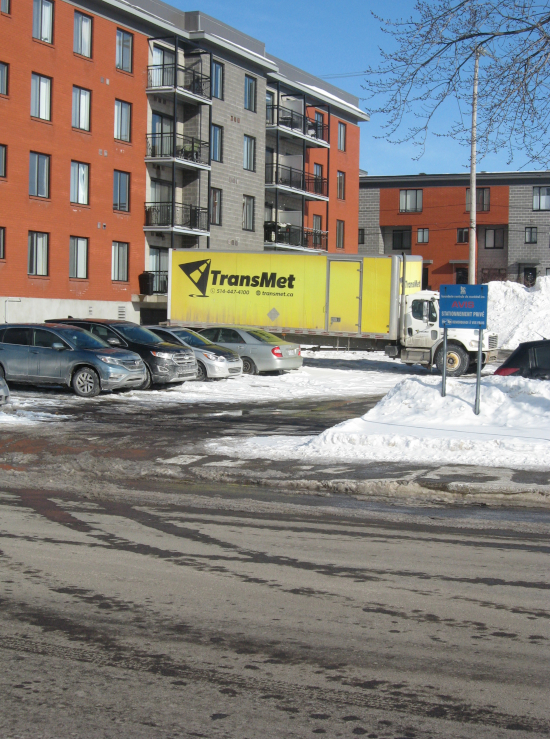 Poor communication betrays trust as in criticizes a lot, doesn't listen, doesn't show concern, isn't opened or interested, puts her needs first, wants to prove herself, refuses to participate, the list can and is quite long, quite depressing and quite fundamental. I'm not saying they're wrong and I'm right, I'm saying we didn't have it, we never had any "atomes crochus" in French, we didn't "speak the same language" never did in English. 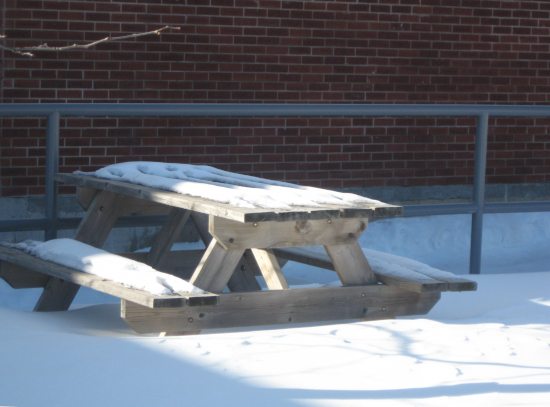 I can't speak for the two others but, during all those years, I feel I've learned a lot about leadership. Qualified and accomplished leaders communicate clearly, are positive and encouraging, respect each and every member, build long lasting relationships, are passionate, don't care about being popular, are opened to criticisms and are strong and objective.

OK! That's it! I've never be happy here and I never will. I'm OK for a few hours and then I go back to being sort of depressed. It's now time for me to pack, to look for my dream little house, to move, to explore my new surroundings, to meet my new neighbors, to make new friends and to finally feel secure and comfortable (if it exists). 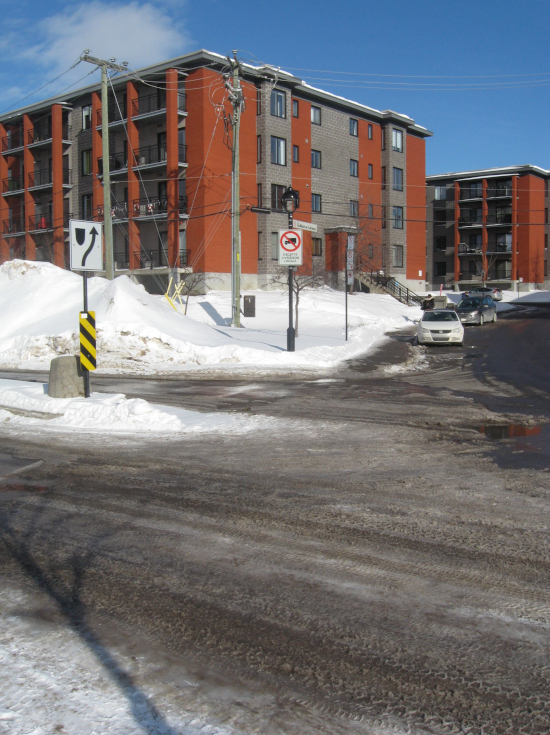 Today, this morning I finally went back to my gym at 6:00 AM, my usual time. It re-opened last Monday but I only went this morning. I was kind of scared but not for the right reasons. My two co-owners, two wicked witches if you ask me, scare the hell out of me and it took me a whole week to finally get out of what I now see not as a home but as a prison.

You probably think I'm weird and you'd be right but the lack of anything nice and decent from my two co-owners was and still is quite unusual and quite disturbing. It's been like this ever since I moved in and I now see it as very disturbing, especially since I know they acted the same way with the co-owner before me. In short, two nice and polite women faced with  two rude and hostile women. 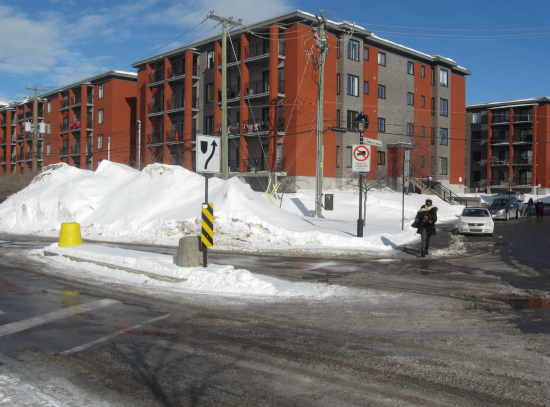 I kind of feel overwhelmed right now but I'd like to eventually gather enough strength and enough energy to draw all the necessary information and to fight against each and every unqualified, incompetent, incapable and inexperienced condo administrator with a very wrong, very unpleasant, very inappropriate attitudes.

As for my return to the gym this morning, I loved it but I made a mistake, I started a conversation with one of the gym members, something I never did before, never wanted to. 1) I tried to be polite 2) it lasted and lasted 3) I couldn't get rid of him 4) he no longer talks to me and 5) I think someone from the front desk talked to him.