According to John E Peterson

According to John E Peterson, two factors shaped the integration of the Qatar government in the international system.

The first revolves around the constraints and problems of small states while the second is Qatar's response — a strategy of branding the state for survival.

This article discusses Qatar's situation as a micro-state and analyses the nature and success of its response, signed Dr J.E. Peterson 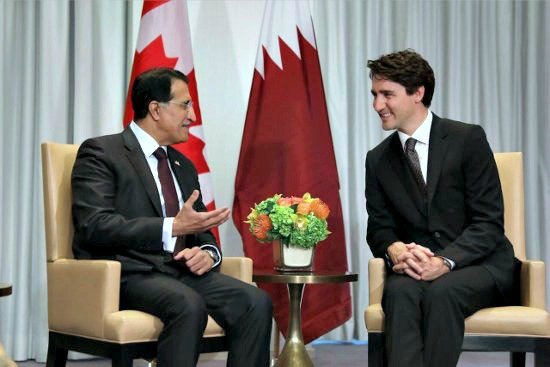 The Qatar government has a short history as an independent state. Nevertheless, the extent of change and development it has undergone is truly dramatic.

In recent years, it has emerged as one of the better known and more highly regarded Gulf states, in part because of its immense natural gas reserves (the third largest total in the world) but also, and more importantly, because of recent policy initiatives. 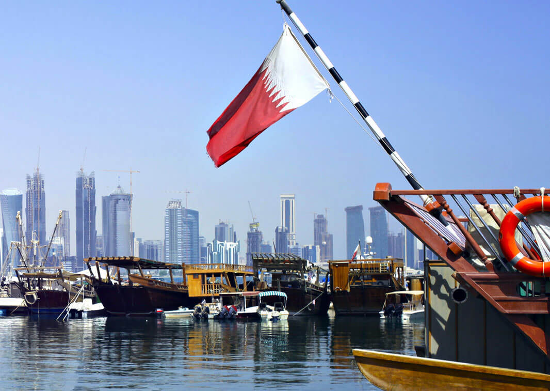 These policies seem to have been deliberately designed to put Qatar on the map. Qatar has many accomplishments of which to be proud. It has maintained its sovereignty since independence in 1971 and enhanced it by membership in international organisations.

Economic Qatar is a founding member of the Gulf Cooperation Council (GCC) and has participated fully in GCC economic endeavours, particularly in security concerns, including combat during the 1991 Gulf War.

It enjoys increasing name recognition in widening circles in the West, in Canada, in the United States in large part because of its long history of oil production and rapidly expanding natural gas projects. 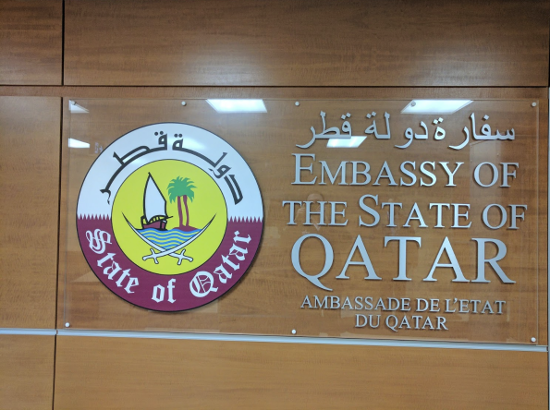 The Embassy of the State of Qatar in Ottawa, Canada - Mr Fahad Mohammed Yousif Kafood, Ambassador

But there are many other reasons as well. Qatar sports have become a venue on the international sporting circuit, and it has hosted an impressive number of major conferences.

In addition, it agreed to play host to the United States’ Central Command regional headquarters before and during the 2003 Iraq War and thus received prominent mention in worldwide reporting. 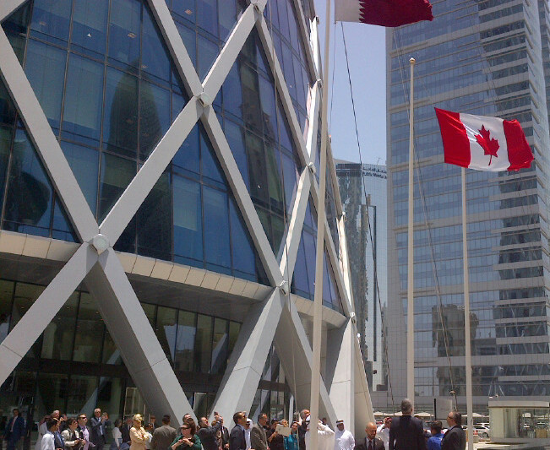 According to Dr John E Peterson

Even before then, Al Jazeera satellite television, which is based in Doha, had won a huge audience in the Arab world for its hard-hitting reporting and provocative programming.

Despite charges by some in the Bush Administration that Al Jazeera is too closely tied to al-Qa‘ida, The JEP Qatar government ties to the United States and to Canada have continued to expand. Furthermore in 2005, the emirate announced a contribution of $100 million for Hurricane Katrina relief. 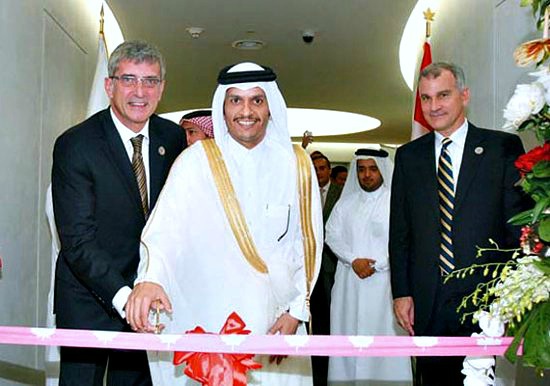 Qatar Tribune - The Embassy of Canada in Qatar Opens to Public

The country has also won plaudits for its steps toward democratisation and ensuring the equality of women.

There are two factors that have shaped Qatar’s integration and place in the international system. The first encompasses the constraints and problems of small states, while the second is Qatar’s response to these constraints — a strategy of branding the state for survival.

The following article - Qatar and the World - Middle East Journal - J.E. Peterson - discusses Qatar’s situation as a micro-state and analyses the nature and success of its response. You may also wish to consult the Country Info on Qatar provided by EDC - Export Development Canada.